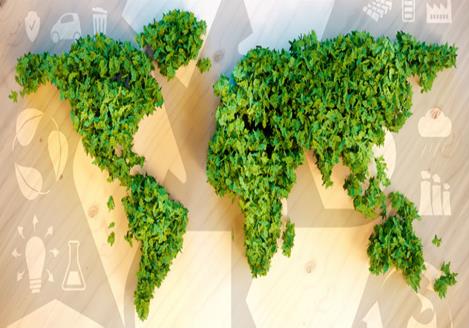 ABN AMRO is again one of the best performing banks on sustainability across the world. In RobecoSAM’s annual sustainability review of over 3,500 international companies, the bank scored 86 of the maximum 100 points, reducing the difference between ABN AMRO and the industry leader to a single point. RobecoSAM’s review informs the global Dow Jones Sustainability Index (DJSI) to be released at the beginning of 2019.

Kees van Dijkhuizen, CEO of ABN AMRO, said: “I’m exceedingly proud that ABN AMRO has again notched up a high score on the list of the world’s most sustainable banks. This score underlines that our bank isn’t just aiming to make a serious contribution to a sustainable society but is also succeeding in doing so. After all, ABN AMRO wants to do more than merely lock in financial profits. Sustainability is an important element of our strategy, as this is how we want to have a positive influence on social themes such as climate change, the circular economy, social enterprise and human rights. We showcase our achievements and where necessary tighten up our policies and monitor their implementation.”

Every year, RobecoSAM assesses over 3,500 listed companies on their economic, social and environmental performance for the DJSI. It releases its findings at two points in the year: in September, companies are told what their individual scores are, with the full list released in January, revealing exact positions relative to other companies. RobecoSAM adopted a new methodology for this year’s review, as a result of which ABN AMRO’s score for this year is 86 on the 100-point scale. When adjusted for the new methodology, the bank’s score is equal to that of last year.

Investors and other stakeholders are increasingly interested in ABN AMRO’s policies, but particularly its achievements in the area of sustainability. This is illustrated by a recent review (PDF 1 MB) of the actual sustainability impact of the bank’s mortgage portfolio. For ABN AMRO, the Dow Jones Sustainability Index is one of the leading benchmarks to show how it’s doing in terms of sustainability policies and results, while ABN AMRO also draws on the DJSI to continuously improve its sustainability efforts. ABN AMRO aims to be among the best 10% in the DJSI for the banking sector – since 2015, the bank has been among the best 15% of the DJSI and in 2017 it was one of the best 5%. Expectations are that ABN AMRO’s latest score will once again bring it to the best performing 5% banks globally.

Emirates Islamic Is Enhancing the Digital Experience for UAE Customers

EBRD to scale up investments to deliver even more impact

FROM MEXICO AND CHILE, AMUNDI SEES A WORLD OF OPPORTUNITIES IN...