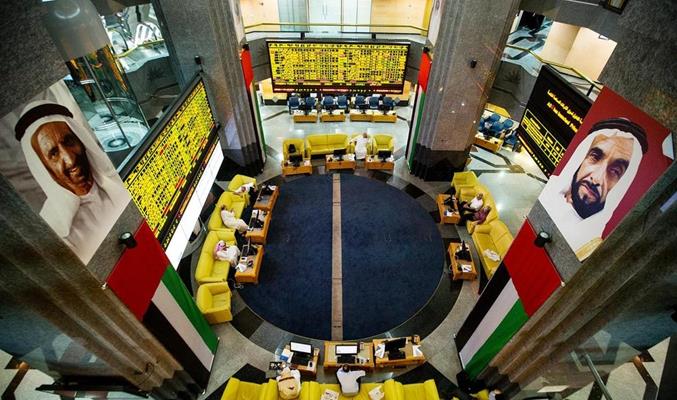 The index, which has a market capitalisation of Dh228.45bn, surged to a 52-week high of 4,925.61 last Wednesday, nudged by higher earnings from the UAE’s biggest banks and good performance of listed energycompanies.

ADX’s rally of 11 per cent year-to-date is “quite creditable given the global context”, said Vijay Valecha, chief financial analyst at Century Financial Brokers.

“Gains in banking and energy stocks propelled the index to trade at its highest level in three years at Dh4952,” hesaid.

Banking stocks account for 60 per cent of the index’s weighting and their stronger performance has helped lift the market, he added.

First Abu Dhabi Bank, the UAE’s biggest lender by assets, which posted a 19 per cent increase in second-quarter net profit, beating analysts estimates on the back of lower costs, has seen its shares gain 36.59 per cent year-to-date. Abu Dhabi Islamic Bank, the biggest Sharia-compliant lender in the capital, which reported a quarterly net profit rise of 3.8 per cent after increasing its customer base, has also seen its shares gain 3.7 per cent year-to-date.

Energy companies listed on the ADX also reported healthy quarterly earnings, with Abu Dhabi National Energy Company, also known as Taqa, posting a fivefold increase in profit for the period. Its performance was helped by one-off gains from the sale of an Indian power business, as well as higher oil prices.

Oil prices rose to three-year highs earlier this year and have hovered around $70 per barrel as the UAE and other Opec producers undertook production cuts to steady the market.

Shares in Taqa, which operates concessions in the North Sea and Iraqi Kurdistan as well as utilities in the UAE and elsewhere, have gained 118.18 per cent year-to-date as it drew higher revenues from its power and water business.

Embattled Dana Gas, which came to a resolution over its $750m sukuk repayments with its debt holders last quarter, also has had its shares increase 40.74 per cent year-to-date.

The Abu Dhabi index, in the first eight months of this year, has outperformed the same period in 2017 when it only registered a gain of 0.38 per cent.

Oil prices reviving from a two-year glut had a shaky recovery last year, with Brent falling as low as $45 per barrel and then surging to $65 per barrel during the latter half of 2017.

Investor sentiment also revived after the announcement of a Dh50bn stimulus package by the Abu Dhabi government in June.

“Of the total 11 per cent year-to-date gain in the index, 6.5 per cent was recorded in the month of July itself. The stimulus amounts to nearly 6 per cent of Abu Dhabi’s GDP and can propel the economy to an average growth of 2 to 3 per cent for the next three years,” said Mr Valecha.

The government’s support to the business community, particularly the decision to allow 100 per cent foreign ownership of companies in select sectors, as well as the launch of an integrated system for 10-year UAE resident visas, has lifted investor sentiments further, he said

IoT as well as Robotics are evolving gradually for benefitting of supply chain and...

Steadier Venture Capital Investments in FinTech across EMEA territory as per the M&A activity...

THE FIVE INVESTMENT OPPORTUNITIES THAT PIMCO HAS ON ITS RADAR