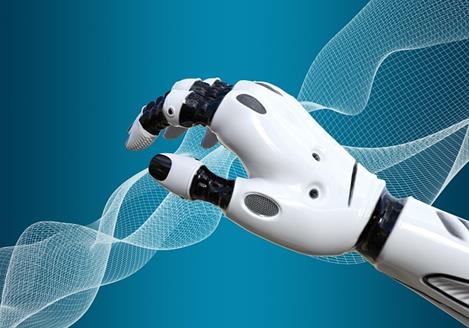 AI (Artificial Intelligence) and Robotics have always been feared as more than a threat than an opportunity. As per the myth “Artificial intelligence, Robotics has been shown as one of the destructive forces and not as constructive force”. As well it has been specified that the world will be taken over by Robots and the human race will be evicted completely.

Though this possibility can’t be ruled out completely, as off now Artificial Intelligence (AI) market coupled with Robotics is a boon as this technological advancement would reap in a lot more benefits as stated by World Bank, like

As quoted by Mr Badar Al Olama, chairman of the Organising Committee for the UN-backed Global Manufacturing & Industrialisation Summit (GMIS) and Aerospace and Defence at Mubadala Investment Company whose subsidiary is Strata “Middle East has to capitalise on the tech advancements, develop and invest a lot in Artificial Intelligence, Robotics and set of Algorithms to compete, drive UAE with global world economies like China, UK, USA etc.”

World Bank and KPMG associate report quote that although UAE, Saudi Arab, Bahrain, Oman, Muscat have produced high rated skilled engineers, the University grads make out to a whopping 30% of unemployed youths thus making it to top of severe concern list. So, to make them competent amongst growing and dynamic labour market, re-skilling as well redefining them is the biggest challenge faced by most of the Middle eastern regions.

This also takes a heavy toll on overall bandwidth per patrons (10 in 100 occupants) as well on the business entities.

Limiting these pointers, it proves that AI and Robotic technology will bring in an en-mass job revolution and thus it is a boon.

In lieu of bolstering the competitiveness and as well sparking economic...

The Change in FinTech Arena via transformation through IoT Solutions

ETOROX ANNOUNCES THE LAUNCH OF ITS WALLET APPLICATION FOR THE DIRECT...