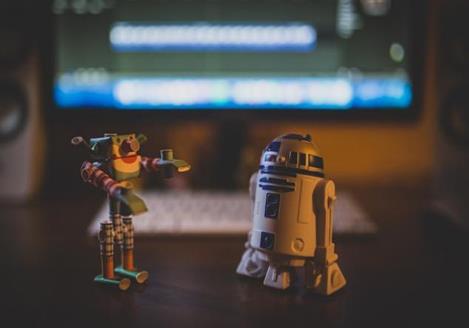 Automation and robotics are technologies that are rapidly gaining momentum around the world due to the growing demand for faster and more efficient manufacturing processes. Thanks to software improvements and the availability of big data, also called big data, advanced robots are not only displacing human workers in repetitive or dangerous tasks; they are also allowing industrial companies to gain competitive advantages through operational efficiency.

The analysis department of Bank of America Merrill Lynch predicts that the global market for factory automation will grow at a compound annual growth rate (TCAC) of 7.6% between 2016 and 2020, reaching a total of approximately 153,000 million dollars in annual sales in 2020. It is expected that around 45% of manufacturing tasks will be automated in 2025, compared to 10% today.

The number of robots per 10,000 workers (density of robots) has increased proportionally throughout the world. According to the International Federation of Robotics (IFR), the average global density of robots in the industry went from 66 units per 10,000 workers in 2015 to 74 units in 2016, representing an interannual increase of 12%. The highest average densities of robots in the industry are found in industrial locomotives with a high added value from developed Asia (South Korea, Japan) and Europe (Germany). However, the region that is experiencing the most marked increase in robot density are the emerging countries of Asia, especially China. Between 2010 and 2016, the average annual growth rate in robot density was 9% in Asia, compared to 7% in the Americas and 5% in Europe.

In this sense, we can say that China is the main focus of demand for industrial robots. Among economies with important industrial sectors, China has seen in recent times how its density of robots increased at the fastest pace worldwide. Robot density increased from 25 units per 10,000 workers in 2013 to 68 units in 2016, an impressive 172% increase in three years.

The Chinese government intends to continue stepping on the accelerator and turn the country into one of the ten most automated nations in the world by 2020. By then, we expect the density of robots to increase to 150 units per 10,000 workers, that is, another 120% more compared to the levels of 2016. When we compare the situation of China with that of countries that already have high rates of automation (South Korea, Germany, and Japan) in absolute terms, we see that China will need between 1.2 and 1.5 millions of robots to reach these levels of density, representing an increase between 250% and 340% over the operational park of 340,000 units in 2016. This represents a potentially immense opportunity for the sales of industrial robot manufacturers to converge towards that level.

The factories of the world are evolving and entering a new era of technological innovation driven by industrial automation. We have identified five key segments beyond industrial robotics that are articulated on the automation trends of the world.

Among them, are the collaborative robots or cobots. Although we do not contemplate the possibility of replacing industrial robots in highly automated production lines with little human intervention, we believe that the penetration of cobots could rapidly advance in areas of production that require the assistance of human beings, such as classification using warehouse automation systems or flexible production islands.

As the benefits of the cobots improve, it is expected that there will be a progressive increase in their use, for example, in food and medicine packaging lines and semiconductor assembly lines. As for the other four sectors that we have identified, we have an industrial software, warehouse automation, surgical robots and service robots.

Automation software is vital to maintaining a high degree of efficiency and functionality in all phases of the life cycle of a machine or a factory. The progressive adoption of the software in production processes not only helps industrial automation companies with software divisions generate new revenues; It can also boost the penetration of robotics outside the industry. As for the automation of warehouses, this happens to be one of the most effective ways to increase the profitability of investment in the logistics sector, as it improves accuracy and efficiency while reducing labor costs.

According to Citi Research, the adoption of robotic procedures in the fields of surgery, orthopedics, and diagnosis could increase to a CAGR of 18% until 2030. By segments, general surgery should monopolize the largest number of robotic surgical procedures in 2030 As technology improves and prices fall, service robots will represent an increasingly important part of the global robotics market. According to the IFR, the total number of service robots for professional use sold in 2015 increased by 25%, while the value of sales increased by 14% to a new record of 4,600 million dollars.

In terms of personal and domestic use, in 2015 3.7 million service robots (such as vacuum cleaners, lawn mowers, window cleaners) were sold, 11% more than in 2014. The segments related to the home are currently the largest market for service robots, followed closely by entertainment robots (toy robots, hobbies, education and research).

In summary, we continue to believe in the long-term structural strength of automation in the global industrial sector. However, despite the fact that continued structural growth is the future of industrial automation companies, the sector continues to suffer from cyclicality and may experience periods of slower growth. In other words, we believe that the automation sector could suffer some volatility in the medium term, similar to the episode of 2011 and 2012 when the orders volumes of robots took a breather. So, in this context, we would recommend investors to be selective.

A Multibillion-pound cleaner Power as well as tech investments signed in...

Transparency as well as better finance in a climatic action brought...

Abu-Dhabi being saved from external shocks with Asset Buffers and stringent...

ADIB Partners with Diebold Nixdorf to Deliver 24/7 Access to Essential...