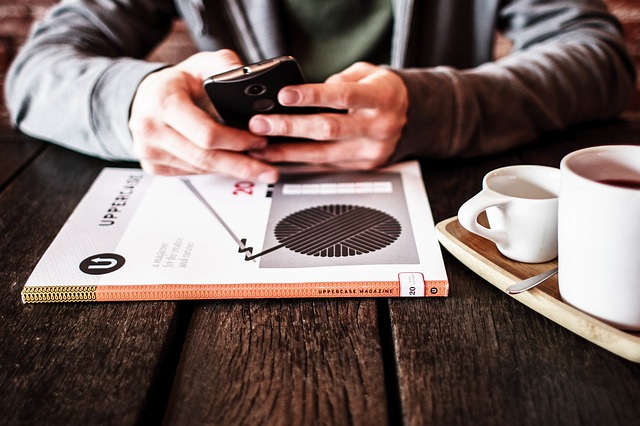 In Dubai, mobile represented 61% of traffic and more than a quarter of bookings.

·      Mobile transactions increased by 233% and 214% in Saudi Arabia and Kuwait respectively.

Dubai, UAE – 19 March 2019: With the high smartphone penetration rates and large young population, the GCC region continued to experience strong growth in mobile transactions in 2018, according to the 2018 Travel Insights Report jointly released today by Cleartrip and Flyin. The market recorded a 110% increase in mobile bookings as they represented one-third of all transactions.

The 2018 Travel Insights Report provides a comprehensive overview of the online travel sector in the GCC, as well as highlights significant shifts in the market dynamics and consumer behaviour. The market saw variations in average airfares as well as travellers’ preferences in destinations, trip duration, and payment methods. Key findings of the report covering the January-December period include the sustained expansion of the industry, the rising trend of mobile traffic in major cities, and the growing popularity of travel coupons among travellers.

Sameer Bagul, Executive Vice President & Managing Director, Cleartrip Middle East, said: “We are excited to launch the fourth edition of the Travel Insights Report on the region’s online travel sector. Offering an exclusive and deeper understanding of the underlying trends in the market and consumer behaviour, our report has established itself as one of the most respected and trusted sources for insights into the industry. The actionable data we provide will help travellers to plan and book their trips efficiently and enable businesses to develop solutions that cater to the evolving needs and expectations of customers. We will continue to explore new ways to further enhance our comprehensive survey and look forward to releasing our H1 2019 Travel Insights Report.”

“With advancements in mobile technology making travel more accessible to the region’s growing population, the online travel industry is headed for a new phase of growth. As reflected in our study, travellers’ preferences are constantly changing, and therefore, it has become imperative for online travel agents to make investments into newer technologies such as machine learning and utilizing blockchain capabilities to drive bespoke personalization and superior user experience. When we launched our mobile Progressive Web App (PWA) in 2018 our conversion rates increased by 67% as we continue to help consumers seamlessly make their travel bookings,” Mr. Bagul added.

Even though credit card still remains the dominant payment method in the online travel market, debit card transactions are on the rise. In the Kingdom, which has seen a spike in the adoption and usage of debit card after its central bank, Saudi Arabian Monetary Authority (SAMA), enabled the country’s mada cardholders for online shopping last year, travel bookings using debit cards surged 280% year-on-year (Y-o-Y) to account for 45% of all bookings. In the UAE credit card transactions dipped to 72% from 81% in the previous year and debit cards usage increased from 19% to 28%.

Owing to the rising popularity of digital wallets and mobile apps, mobile transactions are quickly gaining traction among travellers. In Saudi Arabia, which had the highest rate of Mobile Booking Penetration (MBP) in the region, mobile bookings accounted for 38% with a massive rise of 233% from the previous year. Meanwhile, the number of transactions made on mobile devices increased by 56% in the UAE, whereas Oman recorded the second highest MBP in the region at 34%. Among mobile bookings in the Kingdom iOS share was higher at 71% compared to Android devices share of 29%. The company expects this number to grow in 2019 as ApplePay™ was launched in Saudi Arabia earlier this year.

Mobile has become a popular channel for travel planning and booking in major cities in the region. Kuwait City and Riyadh had the highest rates of mobile traffic and bookings at 81% and 40% respectively. Bahrain, Muscat and Dubai were also among the leading markets for mobile visitors in the 2018 Travel Insights Report.

Reflecting their growing appetite for novel experiences, the region’s discerning travellers made trips to a wide variety of destinations within the GCC and overseas. Islamabad, Lahore and Brussels topped the list of trending international destinations for travellers in the UAE, while domestic travellers in Saudi Arabia favoured Gizan, Abha and Ha’il. Meanwhile, Istanbul remained among the leading family travel destinations during both summer and winter seasons.

Airfares in a flux

As crude oil prices continued to fluctuate in 2018, the region’s leading markets saw significant changes in airfare pricing. Average ticket prices were 10% and 6% higher in Bahrain and Kuwait respectively, while Saudi Arabia experienced an overall price decline of 7% due to growth of low-cost carriers such as flyadeal. As some of the large airlines reduced capacity from Kuwait, it recorded the highest average fare per person at USD 281, while Oman had the lowest in the region at USD 192.

Some routes originating from the region have seen fluctuations in airfares last year. While Jeddah-Dubai recorded the highest increase at 25%, the Jeddah-Cairo route witnessed the greatest decline in airfares at 19%. In addition, micro-trips have taken off as a new trend in the region’s travel industry. Ha’il and Kuwait appeared to be the cheapest getaways from Riyadh and Dubai respectively last year.

The report also indicates that Sunday is the cheapest day for travel, whereas prices increase on Thursday. Furthermore, February is the ideal month for budget travellers with average fares falling 16%.

With lower airfares, increased connectivity and fewer travel barriers, the GCC continues to witness an increase in the number of travellers. In 2018, the industry posted a robust Y-o-Y growth of 7%, while Saudi Arabia emerged as the fastest growing market with a solid 10% expansion.

Cleartrip is the leading mobile and online travel company in the Middle East. Founded in 2006, Cleartrip [www.cleartrip.ae] offers its customers a comprehensive and personalised travel experience through its innovative and award-winning mobile and desktop solutions. Combining intuitive products with a customer-centric approach and the widest selection of flights, hotels, and local experiences, Cleartrip brings a highly differentiated value proposition to market, offering convenience, choice, competitive prices and exclusive content.

Cleartrip today occupies a leading market position in the Air and Accommodation segments, with over 10 million flight tickets and 1.5 million hotel room nights sold annually. With the launch of Cleartrip Local in 2016, the pioneering and technology-driven company became the first travel aggregator globally to provide online discovery and bookings of over 15,000 hyper-local leisure activities and things-to-do across categories such as outdoor activities, events and F&B. Cleartrip [www.cleartrip.ae] is the recipient of numerous awards and recognitions, including being named ‘Best Travel Portal of the Year’ at the World Travel Brands Award 2015 and ‘Best Mobile App’ at Web In Travel’s WITovation Awards 2016.

HOW DO YOU DEFINE TERRORISM?

Saudi Arabia to be deemed as start-up commercial hub as there...

THE SUCCESS OF A NEW SECONDARY OFFERING OF FIRST HAWAIIAN COMMON...

As per the findings of the Dubai Future Foundation the Data...

In middle of 2020 analyzing and interpreting where the current Middle...