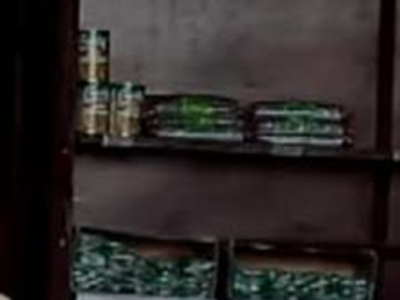 Access to credit for individuals and for businesses is severely constrained in much of the developing world. Weak legal and regulatory frameworks for lending – combined with the lack of predictability for lenders, the inability to leverage productive assets, and the absence of credit information – creates a lending environment that is unfriendly to Micro, Small and Medium Enterprises (MSMEs) and individuals. “Credit infrastructure” refers to the set of laws and institutions that enables efficient and effective access to finance, stability and socially responsible economic growth. Expertise on credit reporting, secured transactions and collateral registries – as well as creditor/debtor rights and insolvency and debt resolution processes – are the main elements of the World Bank Group’s Credit Infrastructure services.

In addition, the World Bank Group is also the global standard-setter, designated by the Financial Stability Board, in the area of insolvency and creditor/debtor rights. It has developed the World Bank Principles for Effective Insolvency and Creditor Rights Systems which, together with the UNCITRAL Legislative Guide, form the global standard for insolvency. Countries can seek assistance from the World Bank Group in being benchmarked against those standards through the Report on the Observance of Standards and Codes (ROSC) program.

Nonexistent or poor credit infrastructure poses considerable risks, and it constrains financial institutions’ ability to expand their financial products and services. However, the availability of credit information-sharing and secured lending – along with rules that govern distressed businesses and bankruptcy – significantly increases financial institutions’ willingness to support the underserved and unserved individuals and MSMEs. In addition to boosting access to finance, credit infrastructure plays a crucial role in mitigating investor and creditor risk and in reducing the instability that could be caused by high levels of non-performing loans. This, in turn, reduces the cost of credit. The possibility of using reputational, traditional and non-traditional collateral helps individuals and MSMEs gain access to finance as well as more favorable and competitive financing options. The World Bank Group focuses on countries where limited financial inclusion and weak insolvency systems remain a severe constraint to individuals and MSMEs.

As of May 2017, the World Bank Group’s Credit Infrastructure portfolio includes about 125 active projects in more than 90 countries across six continents, totaling about $96 million. More than 60% of those engagements are with clients from countries eligible for concessional financing from IDA.

Credit Reporting: The World Bank Group supported the establishment of credit reporting systems (CRS) in Cambodia and supported the integration of microfinance institutions into the existing CRS in India.

Insolvency and Creditor/Debtor Rights: The World Bank Group supported the reform and implementation of modern insolvency regimes in Latvia and Mauritius.

WHO WE WORK WITH

How to use Excel for Business

THE YEAR 2018 POINTS TO ANOTHER RECORD YEAR IN INVESTMENT VOLUME...

KICK-STARTING A NEW ERA OF GROWTH IN THE UAE

For Improvising the profitability Retail Arena adapting lot measures to get...

Dubai has recently recorded as it grossed net worth Dhs551 Billion...