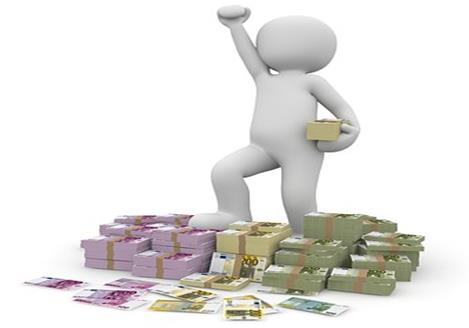 The assets of mutual funds fell by 2.6%, from 272,703 million euros in September 2018 to 265,734 million euros at the end of October, according to the latest data provided by Inverco. In principle, the intense corrections in equity prices explain this adjustment of 6,963 million euros.

The positive fact that stands out from Inverco is that, despite the poor performance of the markets in 2018, the investment funds accumulate an increase in assets of over 2,600 million euros for the whole year. In addition, in 2018, investment funds accumulate 11,680 million euros in net subscriptions. In October, they showed a neutral behavior in terms of flows, and they barely experienced net reimbursements of 175 million euros, 40% lower than those registered in September.

The bad news of the month was how the behavior of the stock markets has taken its toll on the evolution of equity. According to the Inverco data, the category with the greatest decrease in its volume of assets has been the international variable income, which despite experiencing high net subscriptions in the month, reduced its assets by almost 1,700 million euros. In any case, this category continues to register one of the largest asset increases in the whole of 2018 (8.3% more than at the end of the year).

The ranking of accumulated increases continues to lead the global funds, which despite the reduction experienced in October, accumulates a growth of over 23% for the whole of 2018. Also the funds of mixed variable income and national variable income, show a behavior very positive in the accumulated of the year (9.8% and 4.9% of percentage growth respectively), although in October they reduced their assets by more than 631 and 737 million euros respectively.

On the other hand, the passive, guaranteed and monetary funds had a flat behavior in October, due on the one hand to the lower exposure to shares and on the other to the net subscriptions experienced by the first two categories. “In any case, in the whole of the year, passive funds are those that accumulate a greater asset reduction, more than 2,900 million euros,” clarifies in his note.

With respect to the other two main data that Inverco shows, it should be noted that mutual funds recorded a return of -2.3% in October and accumulated a fall of 3% in the year as a whole. All the categories showed negative returns, although with much greater intensity in the case of those most exposed to shares. Thus, variable income funds in all their versions experienced significant value adjustments, which in the case of Japanese equities reached -9% in the month.

Regarding the number of accounts of participants in national investment funds, this figure fell slightly in October -21,308 accounts less than in September-and put its figure at 11,355,413 participants.

With the economies opening and putting better show, the GCC Construction sector witnesses a huge recovery

Despite the current global crisis, Middle East remains on song in accordance for bringing...