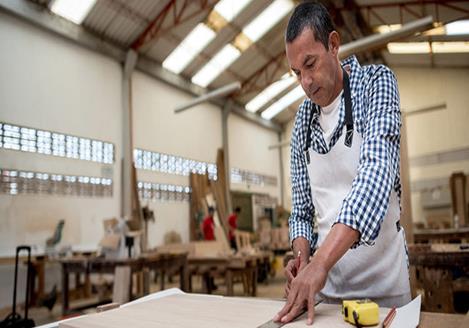 Private enterprises in Serbia will benefit from improved access to finance under a new €20 million line which the EBRD is providing to Addiko Bank a.d. Beograd for on-lending to small and medium-sized enterprises (SMEs).

The funds will be particularly focused on investments to improve the competitiveness of the Serbian private sector. The introduction of modern technology and equipment is of crucial importance for this yet it remains difficult for many small businesses to access the much-needed funds to invest in the technologies they require.

The SME sector accounts for over half of Serbia’s economic activity and is a major source of jobs. The success of the country’s economy therefore largely depends on the success of its small businesses. The sector has also been identified as a key area in the current process of European Union (EU) approximation.

The new loan is the third project between the EBRD and Addiko Bank Serbia. A previous €10 million loan by the EBRD signed in 2017 has already been successfully utilised. In April 2018, Addiko joined the EBRD’s Trade Facilitation Programme (TFP) by signing a €10 million trade finance line to grow its trade finance business and expand its correspondent bank relationship.

Henry Russell, EBRD Director, Financial Institutions for the Western Balkans, said that the continuation of this successful cooperation was very important for the strategic development of the competitiveness of the SME sector as a main driver for the local economy. “We are expanding our cooperation with Addiko Bank because we are very satisfied with the results we have achieved,” he said.

Vojislav Lazarević, Chairman of the Executive Board of Addiko Bank a.d. Beograd, underlined that SMEs report constant growth and development. “Stability in our business and our strategic commitment to further growth have allowed us to enter this successful cooperation. Our focus is always on our clients and this is one of the reasons why the EBRD continues to operate with our bank in Serbia, but also with the entire Addiko Group as one of the leading banks in south-eastern Europe,” he said.

Addiko Group is a network of banks in Slovenia, Croatia, Serbia, Montenegro and Bosnia and Herzegovina. It was established after the split of Hypo Alpe Adria Bank International and combines the performing assets. Today Addiko is 80 per cent owned by the investment fund Advent and 20 per cent by the EBRD. The EBRD is a leading investor in Serbia with more than €4.8 billion in investments to date.

RENEWABLE ENERGY: THE CHALLENGE OF FINANCING

Via Identification of core trends ahead of the time period, forms the essence for a better sustainable expansion

Within MENA territory how Gaming Industry is booming up

Global CEOs Energy Roundtable to be hosted by Abu Dhabi