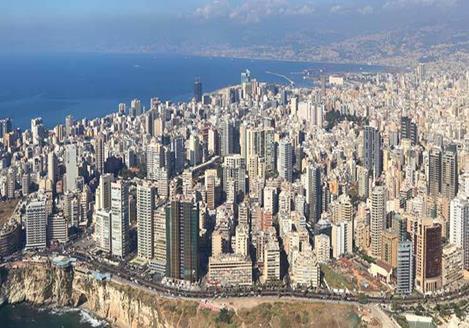 The European Bank for Reconstruction and Development (EBRD) is supporting the Lebanese private sector by providing a financial package of US$ 100 million to Société Générale de Banque au Liban (SGBL), a leading bank in Lebanon, for on-lending to small and medium-sized enterprises (SMEs) and to support export and import activity.

A US$ 50 million credit line will help provide medium-term funding for SMEs in Lebanon and will focus on regional outreach.

The Bank will support Lebanese exporters and importers with a US$ 50 million trade facility to SGBL under the EBRD’s Trade Facilitation Programme (TFP). SGBL is the second issuing bank in Lebanon to join the Programme.

Through the facility the EBRD will issue guarantees in favor of international commercial banks covering the political and commercial payment risk of the transactions undertaken by SGBL, as well as provide short-term loans for on-lending to local exporters, importers and distributors.

Launched in 1999, the TFP aims to promote foreign trade to, from and among economies where the EBRD invests. The TFP currently includes over 100 issuing banks in 28 economies, with limits exceeding €1.5 billion in total, and more than 800 confirming banks worldwide.

The EBRD has invested €327 million in 57 projects in Kosovo to date.

In September 2017, Lebanon joined the Bank’s southern and eastern Mediterranean (SEMED) region, which is currently the fastest-growing EBRD region. It includes Egypt, Jordan, Morocco and Tunisia, where the Bank has been investing and engaged in policy reforms since 2012, as well as the West Bank and Gaza, since May 2017. The EBRD has invested over €6.8 billion in 179 projects across the SEMED region since 2012.

For challenging US Dominance in Digitalized Payments, how Europe’s biggest banks are strategizing to strive and become competent

Announcing FINaplo: a New Disruptive Financial Messaging Solution for the Future of Payments

As per the Statement by Mubadala CEO Khaldoon Al Mubarak stated out that Technology...

Abu Dhabi Is the New Focal Point For Aviation Startups