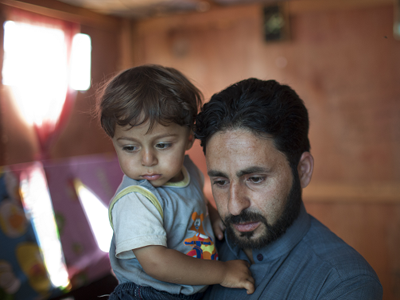 WASHINGTON, May 9, 2018 – Generations of poor people in developing countries are trapped in a cycle of poverty determined by their circumstance at birth and unable to ascend the economic ladder due to inequality of opportunity, says the World Bank Group’s ‘Fair Progress? Economic Mobility across Generations Around the World’ report, released today.

Mobility has stalled for the last 30 years, says the report, which tracks economic mobility between parents and their children through the prism of education, a critical asset that influences an individual’s lifetime earnings. It looks at people born between 1940 and 1980, and finds that 46 out of 50 countries with the lowest rates of mobility from the bottom to the top are in the developing world.

Gender gaps, however, are closing with girls in high-income countries now out-performing boys in tertiary education and catching up in the developing world. In the not too distant future, the share of girls with more education than their parents will exceed the equivalent share for boys globally.

The ability to move up the economic ladder, irrespective of the socioeconomic background of one’s parents, contributes to reducing poverty and inequality, and may help boost economic growth by giving everyone a chance to use their talents, the report notes. People living in more mobile societies are more optimistic about their children’s future, which is likely to lead to a more aspirational and cohesive society.

“All parents want their children to have better lives than their own, yet the aspirations of too many people –especially poor people – are thwarted by unequal opportunities,” said World Bank Chief Executive Officer Kristalina Georgieva. “We need to invest in children from a very early age so that they are well-nourished and well-educated; ensure that local communities are a safe place for children to grow, learn, and thrive; and level the economic playing field by creating good jobs and improving access to finance.”

Download the ‘Fair Progress? Economic Mobility across Generations Around the World’ report.

The report draws on a newly developed Global Database of Intergenerational Mobility with unprecedented coverage of 148 countries, home to 96 percent of the world’s population. It paints a uniquely detailed picture of socio-economic mobility and inequality of opportunity around the world. It also sheds light on the patterns and drivers of income mobility and their relationship with educational mobility by examining available data from 75 countries.

The data show that, on average, upward mobility from the bottom has declined and the numbers of people remaining trapped at the bottom has increased in developing economies. For individuals born in poorer households, the opportunity to climb up the ladder is narrowing in many economies in which average living standards are already much lower compared with high-income economies.

“Countries with higher mobility in education are better placed to generate future growth, as well as reduce poverty and inequality. And, conversely, stalled mobility raises concerns about future progress, particularly for Africa and South Asia, where most of the world’s poor live and where the prospects of children are still too strongly tied to the socioeconomic status of their parents,” said Carolina Sanchez, Senior Director of the Poverty and Equity Global Practice at the World Bank.

But the report also finds huge variation in the extent of intergenerational mobility in the developing world. For example, only 12 percent of the people born in the 1980s in the Central African Republic, Guinea, and South Sudan have achieved education levels higher than their parents, compared with 89 percent of people from South Korea and 85 percent from Thailand.

A close examination of six large developing countries – Brazil, China, Egypt, India, Indonesia, and Nigeria – reveals that economic mobility rose in all of them from the 1940s to the 1980s, albeit to varying degrees. However, since the 1960s, progress has slowed in four of these countries and completely stalled in China and Nigeria. The global trends in gender convergence are seen in Brazil, China, Egypt, and Indonesia, where the mobility gaps between girls and boys are close to zero. No such convergence has taken place in India or Nigeria, where the gender gaps are almost as large today as they were a half century ago.

However, the rise in educational mobility in many high-income economies and in parts of East Asia, Latin America, and the Middle East gives some room for optimism, suggesting that inequality of opportunity can be reduced with the right policy actions. Educational mobility in Brazil, Egypt, and Indonesia, for example, increased significantly from people born in the 1940s to those born in the 1980s – even though income mobility remains low in these countries.

“This report paints a sobering but nuanced picture of economic mobility and inequality of opportunity in the developing world. On the one hand, the average developing country has very low rates of economic mobility across generations and, most worryingly, there has been no real improvement in the last three decades. On the other hand, the experience of some countries shows that with political will and the right policies, that can be changed,” said Francisco Ferreira, Senior Advisor on poverty and inequality at the World Bank.

For Improvising the profitability Retail Arena adapting lot measures to get...

APIs and their vitality in smooth functioning of Business and Banking...