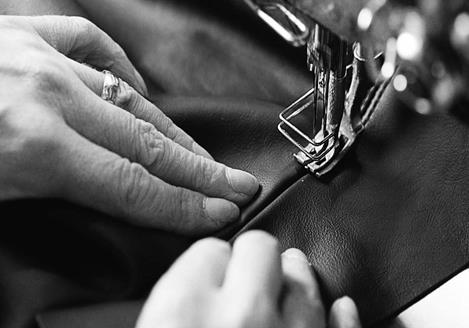 Going by the recent economic indicators, Egypt’s economy is gradually turning a corner in the first half of 2017. Egypt, which took a few hard decisions and is now concentrating on non-oil SME-intensive sectors, saw its purchasing managers’ index (PMI) improving month-on-month for three consecutive months, due to more gradual contractions in output and new orders, although it has to be said in all fairness that operating conditions remain difficult.

De-pegging of the currency, which must have been a tough decision to make given the way it affected inflation, has resulted in investors venturing back to Egypt, which was translated into dollars having come flooding back into the financial system. The effectiveness of the measures taken till now is validated by Egypt’s Central Bank’s reserves at the end of February 2017 standing at their highest level since June 2011. In a sign of more upbeat investor sentiment, the Egyptian pound was appreciated significantly in February following a precipitous decline late last year. These good signs come after the government subjected the economy to shock therapy at the end of 2016, which involved floating the pound, cutting fuel subsidies and hiking tariffs, causing inflation to skyrocket. Following these tough structural reforms in its economy, Egypt is slated to receive another tranche of IMF funding this spring 2017. This after an IMF delegation took stock of the economy in February.

With all this turbulence in its economy, Egypt is now being one of the global hotbeds of the SME sector, and banks in the country are keeping this sector the fulcrum of their short-and medium-term strategies. And rightly so because SMEs may be the best solution for Egypt’s challenges, with the potential of providing jobs to subdue unemployment and substitute imports of finished goods. In fact, the Central Bank of Egypt aims at increasing the SMEs lending share of total banks’ portfolio to 20 per cent over the next four years.

According to Egyptian Banking Institute (EBI) records, the number of SMEs in Egypt constitutes approximately 2.5 million projects. This represents 99 per cent of non-agricultural private sector projects, and provides almost 75 per cent of jobs. Today, SME productions account for about 80 per cent of Egypt’s GDP and contribute to 75 per cent of exports, and small businesses contribute to more than 10 per cent of industrial production in Egypt, while medium enterprises provide 40 per cent.

Now that SMEs have gathered such momentum and are going full-steam ahead, businesspersons in this sector are on the lookout for banks that best serve their needs. They know that such decisions and choices cannot be made by word of mouth alone because every business has different needs. One such entrepreneur is Ahmed Abbas who is promoting green-economy with products like solar powered water pumps through his start-up SunCity Energy. Abbas, the award winning entrepreneur, knows he can make it big because his pumps will replace the diesel pumps that are used at present and one of his pumps can be used to serve up to 10 feddans, which is 8-10 farmers. Abbas’s start-up is one of Egypt’s many showcase-worthy start-ups and he was invited to participate in The Global Entrepreneurship Summit 2016 in Stanford, US.

In the context of Egypt’s new SME-intensive economy, 2017 is expected to be the year to rectify the conditions of the Egyptian economy, which is full of opportunities for banks operating in the domestic market. There are strong expectations today of an influx of foreign investments into the Egyptian market, which is a positive opportunity for banks to start financing SME projects that have potential. This increase in foreign investment is being viewed with enthusiasm by Egyptians who expect it to rise in the near future.

Abbas, and many like him, needs banks that not only keep their money safe but also give good returns. He, for instance, wants access to funding schemes that make it easy for farmers to buy his products and such funding schemes could be leasing, mortgaging, or soft loans. Egyptian banks, both foreign and domestic, are now offering corporate finance services; asset management; security brokerage; mortgage finance; marginal lending; and, leasing services. Just the ones that an SME entrepreneur like Abbas would want.

Furthermore, for an SME owner in Egypt, every pound counts, and that puts bank’s online- and phone-banking services in focus. Banks in Egypt that provide these services save customers both time and money that would otherwise have been spent in travelling to brick-and-mortar branches. Also, even banks save a lot of money in overhead costs when they offer online services and that money is generally passed on to customers in the form of higher returns on deposits. Along with these advantages, online banking also offers many convenient features, such as, automatic bills payment, etc, which would save an already busy entrepreneur much needed time. Such services also make customers keep track of their account transactions 24×7 through SMS alerts and online statements. This translates into not only peace of mind but also higher returns for because costs that the bank saves by going paperless is again passed on to the customer.

Large and long-existing corporations generally focus on profitability and long-term stability, with innovation playing a less important role. But Egypt’s case is different because of the very economic strategies it is adopting, and these strategies are delivering results. At last count, 40 million Egyptians — majority of them below the age of 35 — had access to the internet, and 10 per cent of them purchased something online. It is this very segment of its population that is the present driver of the country’s economy. Internet retailing is growing in Egypt and consumers are beginning to trust online purchases. According to the Central bank of Egypt, Egyptians at present possess 2.5 million credit cards, which is a growth rate of 40 per cent since 2010.

Even a recent Alphabet’s Google report says that 82 per cent of smartphones users in Egypt researched a product or a service on their phone leading to an upsurge in mobile banking. This is good news for Egyptian banks that provide mobile banking services.

The new initiatives in Egypt’s banking sector are expected to lead towards changes in the policies of other countries towards Egypt, in addition to more support from them, following the positive reports on Egypt’s economy that were issued by major international institutions. Collectively, they will have a positive effect on increasing tourism and boosting foreign investments in this sector which is also heavily dependent on SMEs. Now that the hardships of inflation following de-pegging the pound are slowly coming under control, economic conditions will rectify, which would improve the efficiency of the economy and create investment opportunities for banks. This, in turn, will push banks to look for alternatives in which to invest their funds, in light of the government’s tendency to lower their reliance on banks to finance the budget deficit.

At present, the Central Bank of Egypt and the government pay much needed attention to SMEs, which would encourage banks to, in turn, focus on them as well. It is not that banks in Egypt are ignoring traditional sectors, the SME sector is driven by entrepreneurs who are common citizens with business ideas, and hence depend a lot on retail banking. Expansion in the retail banking sector is also now on drawing boards, but in the field of developmental loans rather than consumer loans. Along with this, banks are also showing interest in real estate financing, connecting natural gas to homes, and providing them with water metres across the country.

With the Egyptian government now looking at all of the country’s 41 banks to complement and boost its reforms drive and open-door policy, the banking sector in Egypt is the one analysts should keep an eye on to keep track of how successful the country is in implementing an economic makeover.

Pull Quotes (Content is Submitted by Bloomberg Businessweek ME)

A recent Alphabet’s Google report says that 82 per cent of smartphones users in Egypt researched a product or a service on their phone leading to an upsurge in mobile banking.

2017 will be the year to rectify the conditions of the Egyptian economy, which is full of opportunities for banks operating in the domestic market.

SME productions account for about 80 per cent of Egypt’s GDP and contribute to 75 per cent of exports. 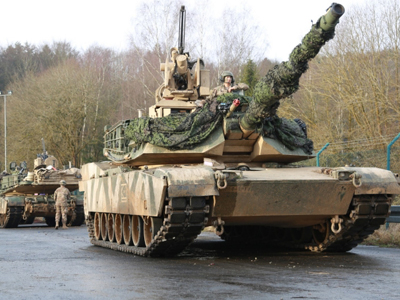 PREPARING FOR THE NATO SUMMIT: WHY MILITARY MOBILITY SHOULD BE ON TOP OF THE AGENDA

Emergence and elevation reach of the “Phy-Digital Banking”