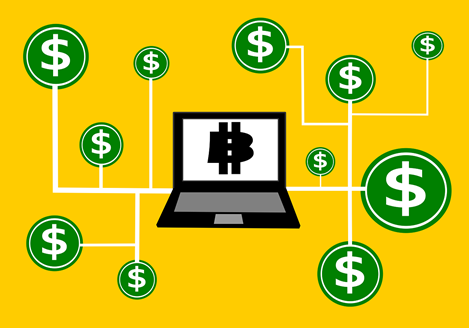 Newly developed permissioned blockchain platform used for the issuance of a Schuldscheindarlehen.

Transaction marks the first time such an instrument has been issued without a traditional paper-based process occurring in parallel.

Wiener Städtische Versicherung, DONAU Versicherung and Hypo Vorarlberg underline their role as first-mover investors by participating in the issuance.

Erste Group and ASFINAG have conducted the first end-to-end digital issuance of a debt financing instrument in Europe via a blockchain platform. The issuance of the EUR 20 mn schuldscheindarlehen (“SSD”) by ASFINAG was successfully concluded at the start of the week on Erste Group’s newly-developed platform.

By applying blockchain technology to provide issuers and investors with improved efficiency, more transparency and a lower level of operational risk, the platform promises to make Schuldscheindarlehen and similar capital markets products more accessible and their handling more efficient, both for corporate issuers and for institutional investors.

The issuance of the EUR 20 mn debt financing instrument by ASFINAG, the commercial operator and builder of motorways and expressways in Austria, was concluded on Monday in the inaugural application of the digital issuance platform that Erste Group has developed using Hyperledger Fabric, the Linux Foundation’s offering for enterprise blockchain platforms. The entire workflow involved in the issuance of the Schuldscheindarlehen was conducted on Erste Group’s permissioned blockchain platform, without the parallel implementation of the traditional process involving paper-based documentation and physical signatures. Instead, ASFINAG as issuer, Erste Group as lead arranger, and investors including Wiener Städtische Versicherung, DONAU Versicherung and Hypo Vorarlberg were able to carry out the entire issuance process (distribution, allocation and execution of the Schuldscheindarlehen agreement) in an end-to-end digital manner.

Erste Group Corporates & Markets board member Jozef Sikela: “This blockchain-based capital markets issuance provides another example of Erste Group’s success in developing innovative technology-driven solutions that bring real benefits for our clients. We are now focusing on how we can make these benefits accessible to as many of our clients – corporates, financial institutions, public sector-issuers, as well as investors – as possible, thus helping corporates to grow their business and strengthening the region’s capital markets and overall growth outlook.” Bernhard Leder, Head of Group Markets Origination and Funding at Erste Group, adds “We’re very proud to have applied blockchain technology in a way that promises to make Schuldscheindarlehen more attractive to both issuers and investors. By removing the need for manual steps that are labour-intensive, slow and potentially error-prone, our real-world implementation of blockchain can make the issuance of such instruments quicker, simpler and more efficient.”

Klaus Schierhackl (ASFINAG CEO) and Karin Zipperer (ASFINAG CEO): “As one of Europe´s leading infrastructure providers we naturally build on new technologies in terms of construction, maintenance and tolling. We seize the opportunities of digitalisation – now also in terms of financing. Most important part for us is the absolute security of blockchain technology. We satisfied ourselves of this fact. That is why ASFINAG is on board.”

Wiener Städtische sees its first mover role confirmed: “This transaction marks a further step in our digitalization offensive. The forward-looking blockchain technology provides us with an opportunity to implement our investments even more quickly and transparently. At the same time, it addresses our paramount interest in making sure that the highest security standards are met,” says Christine Dornaus, member of the managing board of Wiener Städtische Versicherung.

“As an insurer, we invest in solid companies and by doing so strengthen Austria as a business location and create added value for our customers. Error-free and smooth processing is particularly important element of our approach to investing. Digitalization allows us to make our processes lean and efficient. Blockchain technology is trend-setting in this respect,” Reinhard Gojer, member of the Managing Board of DONAU Versicherung, emphasizes.

Michel Haller, CEO of Hypo Vorarlberg: „”The blockchain technology opens a path to the digital economy. It creates great opportunities for automatization, potential for increasing efficiency of processes and provides security for transactions. We expect that a huge amount of service business will be handled via blockchain in the future. How the development will go on has to be part of the process in the following years.”

Seconds, not days – all thanks to blockchain

By applying blockchain technology, the tasks involved in the creation and execution of the transaction documentation – an integral stage that usually takes several days to complete in the traditional paper-based process for Schuldscheindarlehen issuances – can now be resolved in a matter of just a few seconds. While making it possible to massively reduce the administrative burden associated with such transactions, the platform’s implementation of blockchain technology also fully reflects the onboarding procedure and the banking secrecy considerations expected by the participants of Schuldscheindarlehen issuances. In addition, Erste Group has structured the platform so that its open architecture would allow for the future integration of additional banks and platforms.

Schuldscheindarlehen are a well-established debt financing instrument in Europe, with an outstanding volume of more than EUR 100 bn in the continent’s overall SSD market. While this instrument is most popular in the German-speaking countries, the SSD market has become increasingly international over the past few years, with Polish, Hungarian and Czech firms among those making inaugural Schuldscheindarlehen issuances.

Schuldscheindarlehen have elements of both loans and bonds, as they involve a bilateral, unregistered and (generally) unrated loan agreement that is sold directly to institutional investors; SSDs cannot be listed. Typically structured as senior unsecured instruments, Schuldscheindarlehen tend to have a minimum volume that is significantly lower than the comparable minimums generally relevant for syndicated loans or corporate bonds. In addition, both the documentation and the preparation period for SSDs are generally briefer than those for alternative instruments.

Blockchain technology provides a new way of storing inalterable data transactions on distributed computers, with that data secured by cryptographic processes. Each blockchain starts with a network whose members are connected to each other and exchange data and assets over the internet in a secure manner. The set-up used by blockchains is also transparent and verifiable, as all such individual transactions must be confirmed by a majority of the participants in the network.

Blockchain technology is especially interesting for many industries, including the financial sector, because it promises to help make transactions of all kinds faster, simpler, more transparent and more cost-efficient in the future.

The blockchain implementation developed by Erste Group for its Schuldscheindarlehen platform is built on the basis of the Linux Foundation’s Hyperledger Fabric, which leverages container technology to host smart contracts called “chaincode” that comprise the application logic of the system.

Erste Group was advised by Wolf Theiss on legal matters related to the novel use of a blockchain-based process for this issuance, while the consultancy d-fine provided Erste Group with advice on the design and implementation of the blockchain platform.

For progression of Artificial Intelligence in the territory, Egypt partners with Thales

Traditional Banking Arena will fall apart post the crisis as there has been huge...

During 2021, EBRD within the MENA territory set to invest more...