The Series B funding round for Eureka-the AI firm was partly led from the front by investors from Saudi Arabia and Bahrain.

Eureka-AI backed enterprise software platform firm has finalized a $20 million Series B fundraising round partly organized in association with the Kingdom of Saudi Arabia-backed Riyadh TAQNIA Fund (RTF) and as well as the MEC Ventures (based in Bahrain and Beijing).

As per the Eureka’s statement, the firm added that the fundraising round also was aptly supported by the lead global investors like

Apis Partner, the one amongst the co-anchors during the funding round also stated: “Enterprise clients amongst lead mobile operators offer a better relevant as well as much improved personalized innovative services to their customers by leveraging products on Eureka’s platform.”

It (Eureka) is the same firm that has created Spectrum, a proprietary AI enterprise software platform specializing in delivering actionable intelligence to various organizations with ample support of an organized Mobile telecom data services.

The AI start-up, founded in 2017 also additionally pointed out that they have chalked out a strategy for optimum utilization of the latest funds for bolstering their global expansion drive in Europe and the US, as well as further developing its product portfolio to a much-enhanced level. The start-up currently caters to operators across Southeast Asia, India, and the Middle East, with a total of over a billion customers and in pursuit to add new territories like Europe and the US.

The funding is aimed to strengthen the global artificial intelligence for the telecommunications market was valued at around US$651 million in 2017. The market is forecast to accelerate at a rate of more than 42 percent until 2025.

Eureka CEO Benjamin Soemartopo stated that “Their excitement level has touched a new high with the backing up of a leading global group of institutional investors who have joined them in their objective for supporting varied mobile operators partnering with the lead enterprises.”

Mr. Soemartopo additionally stated that “these mobile operators act as the major lifeline providing a huge boost for a digital economy in form of great infrastructure, and good partnerships alongside lead enterprises will be beneficial for them to understand and serve their consumers in a better manner.

Additional support from their latest global investment partners will additionally support them for delivering in their current markets as well in completing a better global impression. RTF’s Vice President Ivo Detelinov stated that “The surging fund investment in the firm will bolster their Middle East tertiary expansion plans.

He also additionally pointed out that their overall investment, alongside a powerful GCC-wide network, will in turn support Eureka for mounting out the flagship credit score product across the region, thus, instrumental in backing up of an untapped revenue streams for financial institutions thereby providing ample financial products for the consumers who earlier were unable to access them due to the lack of a better credit score.” 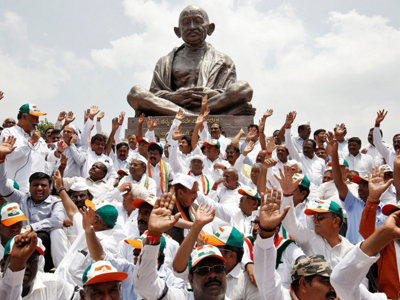 Within this year in 2021, the Philippines Card Payment Market to rise by 15.4% and witness a dramatic boom

Post the agreement and tie-ups with the Western Union and Wise,...