After a year 2018 that will go down in history to end with the month of December with the worst profitability of the last 87 years (since the collapse of the Great Depression of 1931), the sentiment of investors is more negative for 2019 than a few months ago. Even so, Fintup , the Spanish financial advisory wealthTech, recommends betting on the long term and relying on the enormous capacity of variable income to obtain positive returns.

“The short-term predictions regarding the behavior of the markets are always uncertain. Without going any further, at the end of 2017 the analyst experts gave the Ibex 35 a growth potential of between 10% and 15% in 2018; however, last year closed with a fall of 15.37%. If Warren Buffett himself said ‘have no idea what was going to happen with the bags in the next six months or two years’, we will not be the ones who dare to predict the future, but we do assure that the success of the investments it will not be in the short term, “says Pedro Perelló, co-founder and CEO of Fintup.
Both the PMI index and the US ISM index, two indicators that reflect the economic situation of a country based on the performance of its companies and its industrial activity, have been revised downwards last December. This reveals a decline in economic activity, which many interpret as a sign of possible recession.

On the other hand, the Standard & Poor’s 500 index (S & P 500), considered one of the most representative worldwide, fell 15% in the last quarter of the year, and from Fintup say that “eight out of 10 times that the S & P 500 has fallen more than 10% in one quarter, the next 12 months the average increase has been 16%. This has been happening since the Second World War, with the only exceptions of the crisis of the 70s and the outbreak of the technological bubble of the year 2000, “explains Jorge Sieiro, co-founder and COO of the company.

In short, nobody can know with certainty if 2019 is going to be the year in which the upward cycle experienced by the stock exchanges returns since 2008 or if the opposite is going to happen. What Fintup does remember to investors is that the moments with the markets to the downs turn into excellent opportunities to decide to increase the portfolio, since it is possible to buy much more for the same price, what will allow to obtain a better profitability to long term.

Finally, regarding where to invest, the wealthTech recommends funds indexed or very low cost passive management. “These funds in the long term exceed 90% of active management funds, and can be up to 20 times cheaper in costs and fees. Taking this into account, and knowing that long-term equities generate an average return of around 10%, we can maintain optimistic forecasts for our investments “, concludes Álvaro Menéndez, wealthTech manager of Fintup. 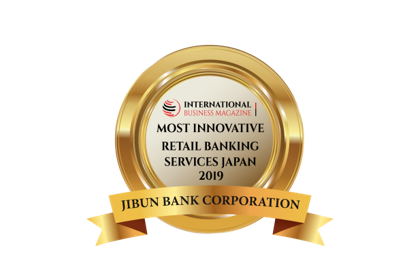 African Open Sky: The Juggernaut of the African Skies