One of the global renowned largest port operators DP World, has now commenced out and ventured into an E-Commerce podium to boost up the African trade and to augment the overall reach of the firms from UAE as well as globally to the African continent.

The Middle East largest port operating firm DP World on a statement released on Thursday stated out that “Dubuy.com, a business-to-business online market, will generate digital trading corridors to the physical corridors DP World has constructed across the African continent with its investment in ports, terminals and logistics procedures.”

The unique, innovative, state-of-art and equipped with all modern latest tools, the marketplace will be made available within Rwanda and from thereon it will be progressed to other African Marketplaces as well as globally.

Dubuy.com is affiliating with Rwandan industries and the government to unearth a better market admission for small and medium-sized enterprises within the UAE, utilizing the DP World’s cohesive supply chain services. The podium will support to channelize and smoothen the operations with the global businesses find and serve new trading partners in Africa, foundational up markets with swift economic evolution.

As stated by the global largest Port giant, United Nations Conference on Development and Trade data’s findings disclosed that, the online marketplaces dominate and nurture themselves as the noteworthy prospects for the economic progression within African subcontinent that just meagrely accounts for less than just 0.5 percent of the overall globalized E-Commerce range.

DP World was also prompt in stating out that, “The combination of Dubuy.com with DP World’s physical logistics infrastructure … will solve some of the key challenges to the growth of e-commerce, including reliable fulfilment, secure financial transactions and the movement of goods.”

Chief Executive at the Rwanda Development Board, Clare Akamanzi, stated out that: “Dubuy.com will make the previously impossible, possible, for many Rwandan entrepreneurs to trade with the UAE and beyond. People and companies everywhere are turning to technology to fuel their post-pandemic recovery and improve access to global trade.”

During 2018, the overall trade between the UAE, second-largest Arabian economy, and Rwanda touched around $434.8 million, with the overall worth of the trade expanding within the preceding decade as a part of broader bilateral as well as economic ties within the two nations.

DP World, which has already capitalized in a logistics hub in Rwanda, further stated that Dubuy.com is the initial online store formed for all Rwandan licensed exporters, importers, and manufacturers.

Ms. Akamanzi also added further that: “Backed by consistent logistical networks, the E-commerce podiums can be central the charge in renovating how business is done across the continent.”

Mahmood Al Bastaki, chief operating officer of Dubai Trade World, stated out that: “The podium denotes a new model of partnership with the UAE”, allowing Rwandan businesses to have an association with new markets in Africa, the Middle East and ultimately with the rest of the world.” 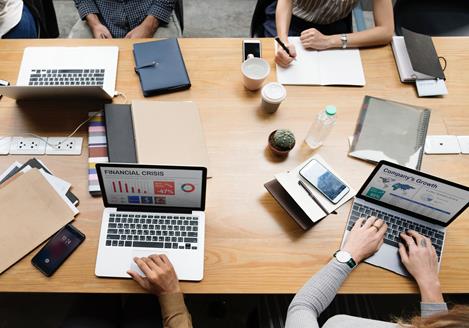 REGULATION, NEW BUSINESS MODELS AND ETFS: THE KEYS TO THE ASSET MANAGEMENT INDUSTRY FOR 2019