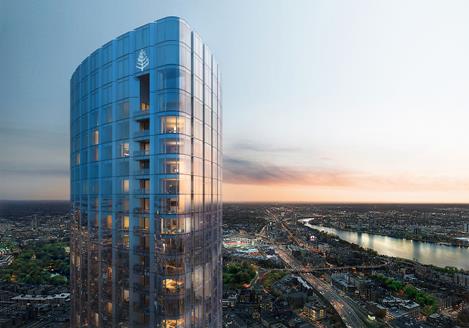 The coming year will mark several significant new openings for Four Seasons Hotels and Resorts, the world’s leading luxury hospitality company, with the debut of nine new hotels and resorts around the world, plus the continued expansion of its residential portfolio.

“Four Seasons is well positioned for continued success in 2019 with the steady and strategic growth of our global portfolio,” says Christian Clerc, President, Worldwide Hotel Operations, Four Seasons Hotels and Resorts. “Our portfolio continues to grow at a healthy pace, as we focus on projects of the highest quality, in the destinations where our guests want to be. We remain committed to offering the very highest standards of hospitality as we expand with a diverse collection of properties, including our entry in Greece and Spain, our first resort set within a world class vineyard in Napa Valley, and the opening of our first standalone residences in London.”

Clerc continues, “With a continued focus on our residential portfolio, we are solidifying our market position as the world leader in luxury branded residential offerings. Eight of the nine new anticipated openings this year include a residential component, affirming the growing importance of branded residences to Four Seasons growth strategy as well as luxury consumers who want to live with our brand and make Four Seasons their home.”

Along with the openings of new hotels and resorts around the globe, Four Seasons continues to enhance its existing portfolio through extensive renovations, extensions, and complementary experiences at the properties guests have come to know and love.

For those looking to make their time with Four Seasons more permanent, the company will debut its first ever standalone residential project in London’s elegant Mayfair neighbourhood with Twenty Grosvenor Square, A Four Seasons Residence. Following a meticulous restoration, the project will open with 37 exquisite Private Residences as well as the very best onsite facilities and amenities, including a private wine cellar, a spa with an 82 foot (25 metre) swimming pool, a treatment suite with steam room and sauna, a state-of-the-art fitness centre, games room, a cinema, business suite, a garden room and private landscaped gardens.

In the next five years, Four Seasons residential portfolio is expected to double, with more than 80% of all development projects including a residential component. The company’s global portfolio is on track to exceed 7,000 homes, making Four Seasons the world leader in luxury property management services. As one of the only hospitality companies to also act as property managers, Four Seasons is able to uphold its standards of quality and service for residents and create a truly exceptional lifestyle – one of the primary reasons buyers pay a premium for a Four Seasons branded residence.

About Four Seasons Hotels and Resorts

Founded in 1960, Four Seasons Hotels and Resorts is dedicated to perfecting the travel experience through continual innovation and the highest standards of hospitality. Currently operating 111 hotels and resorts, and 41 residential properties in major city centres and resort destinations in 47 countries, and with more than 50 projects under planning or development, Four Seasons consistently ranks among the world’s best hotels and most prestigious brands in reader polls, traveller reviews and industry awards. For more information and reservations, visit fourseasons.com. For the latest news, visit press.fourseasons.com and follow FourSeasonsPR on Twitter.

Why Hire Outside Directors When Private Companies Don’t Have To? Change! Break the Status Quo. Rejuvenate.

FIXED INCOME OF SHORT DURATION AND HIGH QUALITY: HOW LONG HAVE YOU NOT SEEN SUCH A CONVINCING OPPORTUNITY?

FOR THE UPCOMING RECESSION, BE STRONG AND SMART ENOUGH WHEN OTHERS OUGHT TO BE...

2018 CLOSED WITH A LOWER NUMBER OF IPOS GLOBALLY, BUT WITH...