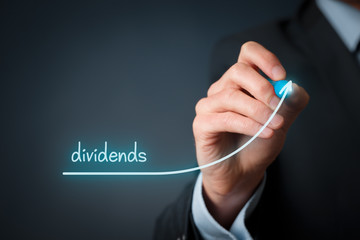 According to recent Janus Henderson Investors report-United Kingdom’s largest Global Asset Management Group, “The fourth quarter of the year 2018 was an excellent period. Especially for long term Global Dividends as it surged ahead by large 9.3 percentage to touch record-breaking stat of $1.37 trillion, first in last three financial years since 2015 when it had touched its best-ever performance at 8.5 percentage.”

Equally promising according to the Janus Henderson Investors was the recent statistics that a large percentage of global companies (Nine in ten) surged ahead or re-established the delivery market as well the overall shareholder compensations.

According to Janus Henderson Global Dividend Index ratings, a long-term present market study on long term dividends measured as per global scale along with the impact of Global companies’ dividend-based distribution ratio to their total investors (Scale of 100) since 2009, closed year 2018 on a whopping high of 90 percentage expansion in global dividends and earning total point value of 187.3, its highest since 2015.

These huge soaring of Global dividends attributes to an overall high performance from Emerging Markets like Japan, North America, Asia-Pacific region. However, Europe pegged back this surge as it lagged marginally at 5.8 percent. The biggest superpowers United States, Germany, Russia, Italy, France, Spain, and Great Britain also performed remarkably well as during the end of the fourth quarter total general dividend surged by 8.4 percent to close at a significant record of $272.9 billion.

It was credited mainly due to the overall surge in the dividend distribution in banking, mining, manufacturing sectors, oil and hydrocarbon sectors as there were substantial economic and cost-saving measures in the form of tax redemption, reduced surcharges, etc that catapulted such a record growth of dividends. However, the telecommunication industry pegged this growth down marginally within the end of 2018.

During the first quarter, the dividend and investors growth was a bit lower, but as it approached, second, third quarter it surged up by 15.3 percentages. The US dividends overall rate stood at $468.9 billion which accounted 7.8 percentages in 2018. It was being driven by Banking, Health, and technology sectors.

The Evolution of Battery Technology into The Next Big Curve

Moody’s estimates that the GCC Banking Arena to witness a wave...