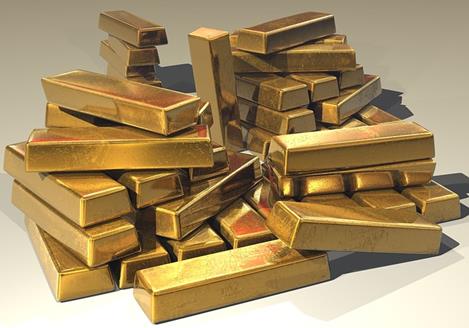 According to a survey reported by Emirates NBD Bank for the first quarter of 2019, ‘the Gold and Cash have made it amongst the most favorable lists of short term ‘Preferred Asset’ Investments for the financial year 2019-2020. UAE’s biggest financial institution and topmost money lender has also stated that in the long-term investments ‘Trade and Emerging Market Equities’ have been most favorable and hence topping the lists so far.

According to the Emirates NBD investment outlook report 2019 “The assorted portfolio comprising of financial funding machinery like Hedge Funds, Emerging Bonds, Debentures, etc entitled by US Dollars along with divisional currencies, form the lethal investment picks.”

As quoted by Maurice Gravier-Chief Investment Officer at Emirates NBD, “The most favorable asset investment-The Cash in the form of AED or the US Dollars has bounced back providing a more flexible cause, especially when there are enough opportunities to be done, to disappear any impending signs of volatility.”

Mr. Gravier also quoted that although there are chances of a recessed economic crisis for the following five years, however, amidst all these issues he also stated that 2019 would not be affected by the recession.

Despite it, Middle Eastern economy will surge to grow its GDP with the “Self-sustained drivers” of growth in the form of enough liquidity and cash reserve surplus with high economic returns and with the support of young population brigade.

As well the expected interest rate increase by US Federal Reserve will not negatively impact UAE as its currency is pegged to Dollar and hence it will absorb all the pressure for the higher fund cost, as stated by Mr. Gravier.

According to words quoted by Monica Mallik- chief economist at Abu Dhabi Commercial Bank, “The prime focus will be on SME’s and support them with adequate liquidity to bolster their economic condition and generate a pool of job resources by employing a pool of talented young workforce.”

Most SME’s across the regions are facing an impending crisis of accessing adequate financial reserves, maintaining cash inflow and outflow, as well as getting sufficient loans. So, the Government has been busy resolving this issue and pitched in with three and five years guaranteed cash and loan disbursement programmes.

Thus, the expansion to have enough surplus of cash and gold reserves have been on a high since 2018, and by the first-second quarter 2023, it will drive Middle-Eastern economy to a debt-free nation, a first of its kind as quoted by Mr. Gravier.

The UAE Cryptocurrency Market Formulating For A Fast-Tracked Expansion

As per Gartner Study, the public cloud revenue globally generated to shoot up 6.3%...

The Microsoft Partnership alongside MasterCard will boost up the global digital...