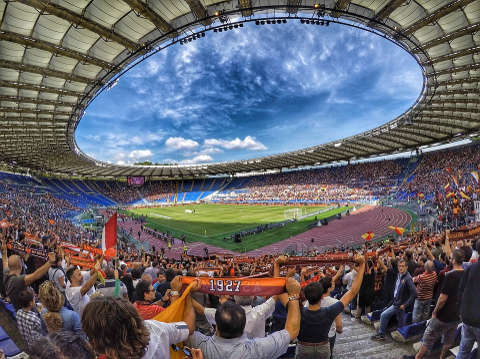 Whether you follow football or not, the story of AS Roma’s social media accounts makes for great reading – especially if you have a business of your own and are looking for tips on how to utilize social media in a positive way.

The Italian football club has taken on and conquered social media in a way never seen before in the world of professional football. In the last few years, they have been active across all the major channels; including Twitter, Instagram, Facebook, YouTube, WeChat, and Weibo. And they have engaged with fans in multiple languages including Italian, English, Arabic, Spanish, Indonesian, Portuguese, Persian, Pidgin, and Swahili. The social media accounts deliver witty and often self-deprecating posts that have endeared them to fans of other teams and helped grow their total social media following from 5m to 15m in three years.

The brains behind the social media accounts have found new and interesting ways of engaging with existing fans and attracting new ones. In 2018, after Italy failed to qualify for the World Cup for the first time in 60 years, the AS Roma Twitter account declared its support for the Nigerian national team and a new relationship was forged. This was initially prompted by a Nigerian radio presenter’s passionate commentary on Roma’s amazing comeback against Barcelona which defied all betting predictions earlier in 2018. This resulted in Roma opening a Twitter account in Nigerian Pidgin targeting their new wave of fans in the African country.

Most notably, they teamed up with various charities and launched a missing children campaign to run alongside their player announcement videos during the summer transfer window in 2018. The initiative helped track down a number of children who were hence reunited with their loved ones.

They also help to promote other smaller football clubs from around the world and have helped some unknown teams achieve notoriety overnight – such as English non-league club Hackney Wick and Scottish Junior team Saint Anthony. In addition, they have also thrown their full weight into supporting and promoting their own women’s team with great effect. The AS Roma Women’s Twitter account was only established in July 2018 but already has 12k followers.

Many football clubs have tried to innovate across social media, but none have done it quite so successfully, and with such apparent ease, as AS Roma. The revolution first began in 2015 when the club recruited Liverpool FC’s former Head of International Digital Development, Paul Rogers. After overhauling Roma’s website and social media profiles, the campaign to become the champions of social media finally kicked off in 2017 and Paul and his team haven’t looked back since.

Unfortunately, the club has yet to enjoy a similar revival on the pitch although a proposed takeover by US billionaire Dan Friedkin could change all that in 2020. Roma won the last of their three Serie A titles back in 2001 and haven’t won a trophy of any kind since their 2008 Coppa Italia triumph over Inter.

JAFZA SIGNS AGREEMENT WITH EMAAR MALLS TO EXTEND ITS EXPERTISE BEYOND...

A Multibillion-pound cleaner Power as well as tech investments signed in...

Saudi Arabia Landscape witnessing a huge bolster in its economy with...