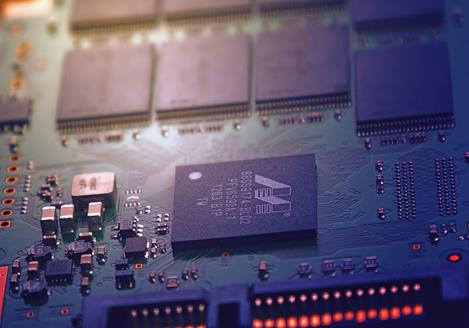 The United States has the FAANG, the main global technology brands that control the market, while Asia has the BATT. However, Europe has a significantly smaller number of technological giants. Philip Dicken , director of equities Europe at Columbia Threadneedle , discusses how investors can acquire exposure in the Old Continent.

The US equity market marked a new high at the end of August, celebrating its longest uptrend ever recorded. This was due, in part, to the five technological giants of the world: Facebook, Apple, Amazon, Netflix and Google (grouped under the acronym of the FAANG). By themselves, these mastodons of technology represent around 15% of the value of the US S & P 500 index

At the end of July, the FAANGs accumulated around a quarter of the total return of the S & P 500 since the beginning of the year. In effect, stocks have been the locomotives of the profitability of the US market in recent years.

A similar trend has begun to manifest itself in Asia, where the BATT (namely, Baidu, Alibaba, Tencent, Taiwan Semiconductor and Samsung) have also propelled the stock markets.

However, European equity markets do not have similar technology champions, and this may partly explain why they have not performed as well as their US and Asian counterparts in recent years.

Even so, despite the shortage of European firms, investors in the Old Continent can access technology companies of international renown. Among the largest are SAP, the German software giant; ASML, Dutch provider of machines for the manufacture of computer chips; the Swiss chip manufacturer STMicroelectronics; and the German chip manufacturer Infineon Technologies.

“Certain market observers believe that some of these companies enjoy a good position as technology adoption moves from a consumption phase to an industrial phase. For example, the expected growth of electric vehicles should favor European semiconductor manufacturers, given that chips are of vital importance in the manufacturing process of electric cars.

However, it is clear that in Europe there have not been spawned technological firms that come close, not even close to the scale of the Asian or US giants. UU., Which some investors attribute to a much less vigorous venture capital investment market in the Old Continent. For this reason, the European technology sector is valued at around 10% (or less) of its American counterpart, “explains Dicken.

“However, the technology sector is not limited, far from it, to those mere heavyweights. If the analysis is extended to cover a larger number of listed companies, we find the STOXX Europe 600 Technology index, comprised of small to large capitalization technology stocks from 17 European countries with market capitalizations of around 1,000 million euros to more than 100,000 millions of euros.

In addition to SAP, ASML and STM, the index also includes other major firms such as telecommunications infrastructure manufacturers Nokia and Ericsson, and French software company Dassault Systèmes, “he adds.

In the period of five years until the end of June, the index of the European technological sector has registered a higher return than the market in general, offering an annualized return of 16.2% compared to 9.6% of the base rate more wide STOXX Europe 600. However, the results of this technological index are still behind the Dow Jones US Technology index.

“In the next four years, the professional services firm PwC expects that technology, the media and telecommunications (” TMT “) will be the fastest growing sector in the Old Continent and, within this segment, the software On this basis, the estimated price / profit ratios of the STOXX Europe 600 Technology 23 times (against the 14 times figure of the broader STOXX Europe 600 index) may not be so expensive.

Technology is a sector where innovation fosters rapid growth; the luck changes quickly. Some of the small firms in the technology sector could become the giants of tomorrow – and some of these small companies could be in Europe, “the manager concludes.

How Injection Molding Will Help Drive The Electric Vehicle Revolution

AI (Artificial Intelligence) is pivotal for the Global GDP to get boosted up by $5.2 Trillion

ESG Sustainable Finance: Operating with the Accountability and Accurate Response for...

COUNTRIES IN EUROPE AND CENTRAL ASIA CAN PROVIDE BETTER OPPORTUNITIES AND...

Mashreq Bank ventures into a new era of banking technology

HOW VR AND AR COULD TRANSFORM THE HEALTH SECTOR

In 2019 UAE witnessed its advancement as an AI leader, however,...