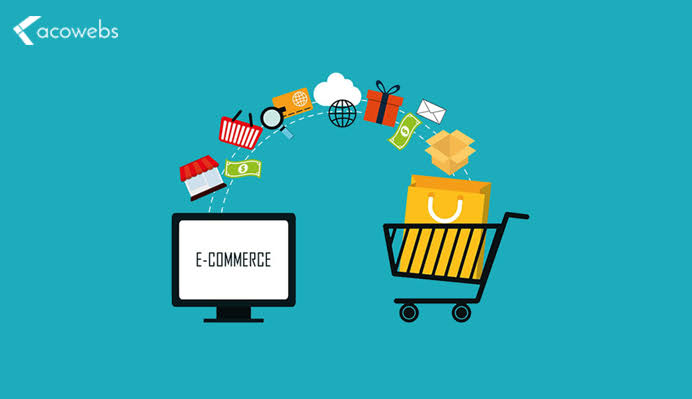 The technology is fast emerging as an avenue for Foreign Direct Investments (FDI) in near future as predicted by the lead government officials, bankers, policymakers and the Investing firms across globe.

According to Mukhisa Kituyi, secretary general, United Nations Conference on Trade and Development, “With the ongoing trade tensions surmounting globally escalating it into investment protectionism, there is slackening and almost stalling of traditional financial flows in investment and trade on global front which in turn has led to heavy deceleration in return in FDI outflow.”

The refreshing news is that economy 4.0-Digital technology laced data driven economic sector like E-commerce is on constant rise. During 2015-2017, the overall global value for global E-commerce trade had rose from $6Trillion to $9 Trillion (Dh 33.06tn).

The E-commerce trend is a huge craze, as according to an estimated 1.3 billion people across globe are hooked to get most of their purchases online. Such is the phenomenal prowess of digital e-commerce that it has seen online abroad purchasing goods to surge from meagre 1 percent to 15 percent.

This phenomenal growth in the trade and E-commerce sector attributes to the digital majors like Amazon and Google, by mining and monetising the data, to enable them to overcome the roadblocks of the traditional analogue economy.

Mr. Kituyi, also stated in the ninth Annual Investment Meeting in Dubai that, “These E-commerce and trade boom has driven massive expansion of data-based economy although at a time when there is decline in the traditional economies and FDI (Foreign direct Investments).”

Mr. Kituyi, also stated that whilst developing nations are going around the economic transition 4.0 phase, the respective governments, and public-private sector must work in protecting both developing and emerging economies, through solid policy frameworks and regulations.

He also strongly pointed out that, “In the era of technological advancements, the world cannot repeat the mistakes as it happened during globalization, ultimately lead to market forces on their own to fix the problems.

He also stated that “Emerging and developing economies need to shelve out the opinion lag and differences as well rightly identify the causes for digital divide, their data protection, privacy laws and modes through which they can bridge gap of talent in the digital age.”

According to Abdullah Al Nuaimi, UAE Minister of Infrastructure and Development, “UAE is at the forefront of digital economic revolution wave within 2030, in broadening Middle East and to aid Foreign Direct investments into technologies background, to narrow and bridge the gap between the Traditional analogue and digital ultramodern economies.

He also was elated to state in the AIM conference that “The UAE has always trusted and pioneered the Technology as major catalysts for the economic growth and have shown keen interest in keeping abreast with new technological advancements, application trends in the trade and economy sector.”

This conference brought together Senior government officials, bankers, investors and global corporations from across 140 nations.

Mr. Nuaimi, also stated that the FDI inflows for the second biggest economy in Arabian gulf region ranked in fact top in the region in 2018, as it garnered $10.4bn, as per an estimate by Central Bank.

He also quoted that “Overall development outlook for the near future remains optimistic and UAE has greatly paid attention for developing the infrastructure and road development with latest technology and it will continue doing so.”

According to Ayman Sejiny, executive officer of Islamic Corporation for the Development of the Private Sector “Myth revolving round the digitalization of global economy as well the profound fear associated with it is that there may be a lot of job losses, which in present context cannot be completely written off.”

However, the pleasant news is that it will also create and widen the realm of job market and in much faster period.

For this, there is a need for better and efficient productivity based on excellent teamwork in supply chain, as well on better understanding on where the actual demand lies, it can be manoeuvred to flourish business in better manner. Thereby, it leads to a better quality of job market.

Adnan Chilwan, the group chief executive of Dubai Islamic Bank, the biggest Sharia-compliant lender in Dubai, also echoed the same spirit as of Mr. Sejny by stating that “Better demand-supply chain will support Banking industries for increased profitability and in turn will support banks to get inclined to other markets for creation of more jobs.”

He also added to the point that “Digitalization is pivotal which is going to stay longer as it is the core to the new economy.

Streamlining up of B2B Payments via aid of ‘Smart Bank Transfers’

For the fund managers as well as investors within the year 2021, inflation remains...

For the bolstering and looking economic recovery options, Abu Dhabi in pursuit to luring...

Sustainability or the Supersonic, what is forthcoming within the Aviation Industries?