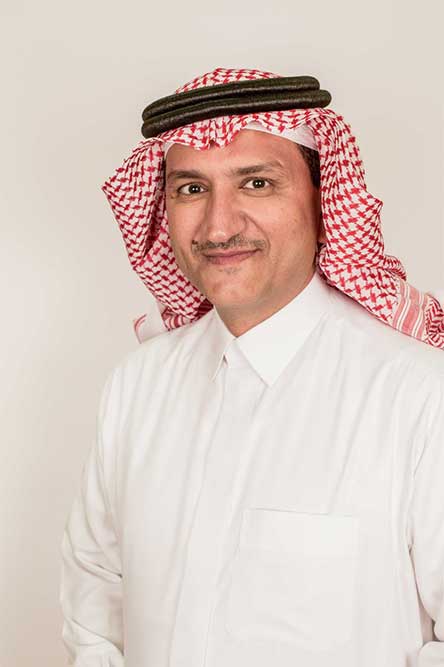 Riyadh: 12 December 2018 – Chief executive officers (CEOs) in Saudi Arabia remain moderately optimistic about the growth prospects of the Kingdom’s economy, as it diversifies away from oil, according to a survey by KPMG Al Fozan & Partners, a leading audit, tax and advisory service provider.

The cautiously pragmatic outlook of the CEOs in Saudi Arabia also reflects the fast-changing and challenging domestic and global environment, such as the slowdown in the private sector and looming trade wars.

In its second edition of the “Saudi Arabia CEO Outlook 2018” report, KPMG Al Fozan & Partners said nearly two-thirds of Saudi CEOs are positive about the future growth prospects of the economy and remain positive about the government’s economic diversity programs and initiatives to reduce oil dependence, notably the Saudi Vision 2030 and its realization programs.

The latest CEO survey is based on the input of 50 CEOs in Saudi Arabia, who took part in the KPMG’s “Global CEO Outlook” report. It draws parallel insight from the “Global CEO Outlook” report and assesses some of the important international trends impacting Saudi Arabia as well as how companies can face and chart new business strategies for success over the next three years.

The theme of the survey was “Marching Forward”, which aims at highlighting the ways CEOs intend to meet their business objectives, regardless of a fast-changing and challenging domestic and global environment.

While the report found that global CEOs have become less positive about global growth compared with the previous year, CEOs in Saudi Arabia are more confident about future growth prospects than their global peers. The confidence level of Saudi CEOs about the global economy stood at 94 percent this year as against 55 percent last year.

Meanwhile, Saudi CEOs rank “return to territorialism” as one of the key challenges to their growth, with 74 percent finding it as one of the top three risks faced by their organization.

Abdullah Al-Fozan, Chairman of KPMG in Saudi Arabia, noted: “GCC economies have been experiencing an unprecedented change in the wake of a prolonged period of low oil prices. However, as Saudi Arabia embraces robust national strategies of economic diversification, its CEOs have expressed a very encouraging level of confidence in their business for the next three years.”

He added: “Saudi Arabian CEOs are positive about future growth, considering the economy is diversifying away from oil and real growth is expected to be supported by services and manufacturing. Moreover, a moderate recovery in oil production levels and marginally higher public spending are also expected to support a positive macroeconomic outlook”.

According to Arvind Singhi, Head of Clients and Markets at KPMG in Saudi Arabia, 62 percent of the Saudi CEOs indicate developed markets as their biggest priority for geographical expansion over the next three years, with North America and Australia being the most important regions.

“A key reason for this is that the fast pace and advancement of new and emerging technologies in developed economies, compared to emerging economies, provides greater incentives for Saudi Arabia to invest in developed markets. However, recent trends also suggest a look to the east for investments which is evidenced by the recent announcement where Public Investment Fund (PIF), Saudi Arabia’s Sovereign Investment Fund, joins Russia and China to form a $2.5 billion ‘trilateral’ investment fund,” Singhi stated.

In light of economic uncertainties, 55 percent of CEOs worldwide realistically expect top-line growth of less than two percent over the next three years. However, respondents in Saudi Arabia are more cautious, with 76 percent having similar expectations.

“In 2017, 75 percent of CEOs were anticipating comparatively higher growth between two and five percent. The decline this year can be attributed to CEOs being cautious and pragmatic due to the global threat of a ‘return to territorialism’ and a cautious regional growth outlook,” Singhi concluded.

BCG and MIT study states that almost half of the Middle...

For the acceleration of Global Partner Innovations Alibaba Cloud has invested...

The Slump Down In Global Growth Would Hit the Investment Banks...

Confused regarding AI? Dubai’s event offers everything you wish to grasp...

EBRD as well as NDB’s overall scope of operation to get...