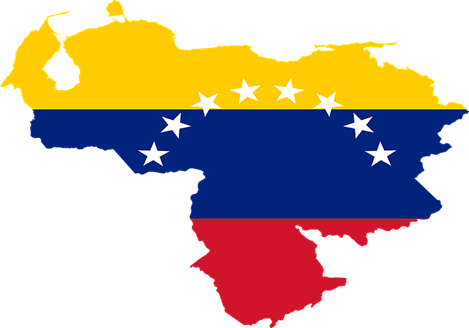 Investment funds bet on Latin America due to its incalculable potential in infrastructure, and especially in the development of the real estate sector, given that the region is moving towards urbanization at an accelerated pace, but there is still a deficit that must be resolved with a of competitiveness, innovation and sustainability starting from financing.

Today the region presents a range of options for investment funds due to the size of its market and the growing needs in terms of infrastructure, taking into account that the urbanization of Latin America and the Caribbean already reaches 81% and in Africa it is of just 43% . Closing the financing gaps and generating credit opportunities would allow this continent to develop its real estate industry in a sustainable and equitable manner, given that ” nine out of every 10 homes in Latin America and the Caribbean are of low quality” .

The favorable exchange rate for investors who trade in dollars, added to a general progress in the conditions to do business and the stabilization of the inflation index in countries such as Panama (0.8% at the end of 2018), Peru (2, 19%), Chile (2.6%) or Colombia (3.18%), are some of the aspects that put the region back on the radar of investment funds.

In addition, Latin America has shown resilience in the face of difficulties and the economy is expected to grow 2% this year thanks to a better dynamic of the external sector and the strengthening of investment. In fact, with the change of government in several countries, a shift towards policies of greater openness and protection to the corporate sector is foreseen, which will lead to foreign direct investment (FDI) to increase 2.9% this year.

The answer is financing

Latin America currently has shortcomings in basic infrastructure such as housing, which has been addressed in several of the countries with subsidies and other state programs.

In an article signed by the specialist in urbanism Robert Muggah and replicated in the web portal of the World Economic Gold ( WEF, in English), it is explained that overcoming this basic infrastructure gap will require an increase of 3 to 5% of the internal product investment gross (GDP), which would represent an expenditure of about 180,000 million dollars a year for Latin America.

However, in addition to those works considered a priority, there is a growing parallel market that is also demanding infrastructure for a higher-level real estate sector with luxury hotels or collaborative work office complexes that are being targeted by investment funds.

The real estate education company FortuneBuilders explains that Latin America is in ” the initial stages of the real estate cycle “. In fact, “the US (real estate) market has a capitalization of around 1 trillion dollars, while Latin America reaches 75,000 million dollars.” “From a growth and development point of view, its profile can be compared to that of the United States from the early to the mid-1980s,” FortuneBuilders notes.

According to Muggah, Latin American cities “have a real opportunity to take off in the 21st century”, so that planning and leadership will be “fundamental”.

“Latin American cities are struggling to attract financing for the development of the city, but this is not due to the scarcity of money in the global system. In fact, there is a large amount of international capital available: at least $ 7.4 trillion are held only by sovereign funds, “he says.

Latin America today lives a “boom” of entrepreneurship that has caused more young companies to demand not only new innovative workspaces but also diverse sources of financing. BBVA cites several sources to affirm that “in 2017 more than 1,100 million dollars of venture capital landed in the area” and “it is expected that by the end of 2018 the sum” will reach “2,500 million dollars”.

This growing demand for infrastructure and its financing is capitalized by FlexFunds, which, in addition to having several success stories in the business of securitization of assets, real estate crowdfunding, investment trusts, among others, has served as a platform for the financing of large projects of infrastructure supported by technological tools and exploiting the niche business potential in several American territories.

Within the year 2020 the Foreign Investment created in excess of 1,100 jobs in Sharjah, UAE