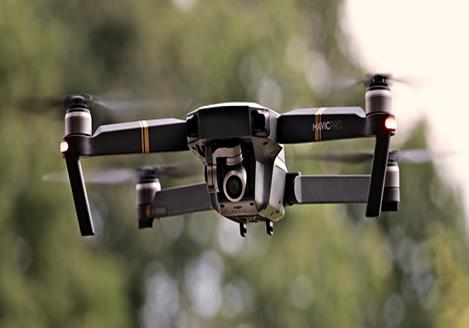 London airports have purchased anti-drone equipment, following the recent incident in which about 1,000 flights were grounded at Gatwick airport due to drone sightings, disrupting the travel of some 140,000 passengers just prior to Christmas.

According to a recent Financial Times report, Gatwick Airport spent about GBP5m ($6.3m) on the equipment, while Heathrow Airport, the UK’s busiest, confirmed that it had also invested in similar technology.

Gatwick said it had ‘equipped itself for the same level as was supplied by the armed forces originally’. Since the incidents, major international airports have consulted Gatwick to find out how to prepare for drone attacks and also improve their own responses.

The news of the purchases, first reported in the FT, came as the UK government is considering the responses from the aviation and drone industries to its consultation on the future of drones in the UK. One focus of the consultation is on the sort of technology used to counter drones, and when and how to do it.

While the use of drones for recreational and commercial purposes has been on the rise, many governments have strict rules on their use near major aviation installations. In Singapore, under the Unmanned Aircraft (Public Safety and Security) Act, the flying of drones within 5km of airports or military airbases, or at altitudes above 200ft (61m), without a permit is an offence punishable by fines or jail.

In the Gatwick case, the military was called in and believed to have deployed Israeli-developed systems to jam the communications of the errant drones in the immediate aftermath of the incident. Police are still searching for the perpetrators.

According to UK media reports, parliamentary undersecretary of state for transport Liz Sugg is due to meet the heads of major airports in the UK to discuss the states of their own defences.

They are expected to investment in further anti-drone systems, though not necessarily in the form or on the scale of those deployed at the two London airports.

Olive Rock Partners got an anchor investor in form of Abu...

As according to Experts View the Ecommerce Arena within the MENA...

For transforming and providing right roadmap, Dubai has approved plan for...

AI has emerged as a powerful game changer for Insurance and...