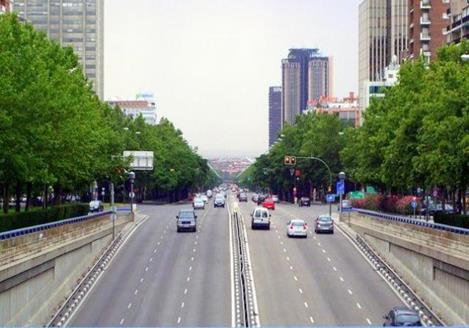 Madrid is the twenty-third (23) city in the world with the best quality of life, according to the report “Mapping the World’s Prices 2018”, prepared by Deutsche Bank’s economists . The Spanish capital is located ahead of major cities such as New York, Paris or London thanks to factors such as the quality of health care, the price of housing, its climate and the time spent going from home to work.

This is one of the many conclusions drawn from the seventh edition of the Deutsche Bank study, which analyzes issues such as quality of life, salaries or the cost of housing, and compares the prices of products as a ticket to the cinema, a transport pass or an iPhone in 50 cities around the world relevant to the financial markets.

The most expensive appointments, in Zurich; the cheapest weekend ‘getaway’, Istanbul

Cinema, dinner, a couple of beers and a taxi home. The standard appointment pack amounts to $ 203 in Zurich, the most expensive city when it comes to inviting a friend or friend out, followed by Copenhagen, Oslo, Tokyo and Amsterdam. By comparison, in Southeast Asia, this plan is much cheaper: an appointment in Mumbai ($ 43), Bangalore ($ 43), Manila ($ 45), New Delhi ($ 45) or Jakarta ($ 46), does not exceed the 50 dollars. In Madrid, a romantic plan with the couple supposes an outlay of about 105 dollars.

When it comes to planning a weekend getaway, the big European cities take the first places in the ranking of the most expensive destinations. Two nights of hotel, meals, dinners, car rental and some purchases is an expense in Copenhagen of 2,503 dollars, followed by Milan (2,484 dollars), Oslo (2,436 dollars) and Vienna (2,165 dollars). Istanbul ($ 575) is the cheapest destination in the index for a weekend plan, followed by Manila ($ 709) and Sao Paulo ($ 725).

Where to buy an iPhone or some Levi’s

The annalists of Deutsche Bank have also examined and compared the prices of some of the most recognizable consumer products worldwide, such as a movie ticket a travel pass, an iPhone or Levi’s.

The experts also discussed Deutsche public transport prices in the 50 cities covered by the index. A monthly subscription in Mumbai only costs 15 dollars while in London it almost reaches 200 (196). In Madrid it rises to 65 and in the last year its price has risen by 14%.

The ocio is another of the sections that values the study. A ticket to the cinema (without popcorn) costs more than 18 dollars in Zurich, while in other European cities such as London (16.7), Oslo (16.5) and Copenhagen (15.9) it also exceeds 15 dollars. On the contrary, this same activity involves a disbursement of less than $ 5 in Jakarta (3.9), Kuala Lumpur (3.8) and Mumbai (4). For Madrileños, going to the cinema costs an average of 11 dollars, 2% less than in 2017.

Among the 50 cities selected by deutsche bank for the elaboration of the index, only madrid is included in representation of spanish cities. the report concludes that, in the long term, the prices of the same products in different cities should tend to be uniform, particularly in countries with similar levels of economic development. however, since this report was published, the price disparity between developed and emerging nations has increased.

IMF stated that the Public Investment is crucial for rebooting the...

K-Shaped recovery anticipated for the US economy as stated by the...

Swicorp & ACCIONA achieves good progress with the construction of their...