A collective team of investors are working on a blueprint for bolstering an all exclusive Middle Eastern-India private investment corridor for aiding in capital, scale as well as expansion via cross-bordered private investments for churning in billions of dollar investment between the two economies India and UAE. It will also aid in strengthening up of bilateral relations and trade route between the two nations.

Managing Director, AV Capital Partners as well as Co-Founders of the Dubai Angel Investors Anvita Varshney stated that “A bulk of learning curve needs to be done while doing business with India that is also applicable for other emerging markets, specifically the Middle East, as well as we are thriving hard to know what we are intending to perform and therefore, come up hugely with a wide-ranging investment as well as business initiative which will create a win-win for both territories.”

She further briefed in an exclusive interview that: “the initiative is aimed for aiding founders of Indian Start-Ups as well as late stage ventures for discovering if that’s fit, localizing the strategy, establishing better business relationships as well as cross-border developmental aspect, while founders can actually have their full attention aimed on managing the routine operations. Few of the Silicon Valley Veterans who are also on the pursuit of looking certain better tech IPs as well as Indian firms that could be floated within US, could also be directly given entry to the board for the specified proposed investment corridor plan.” Anvita, further serves on board of numerous other firms that also includes Taurus Wealth, a multifamily firm with over $4.5 billion worth in assets.

India’s Benefit at the Moment: –

Anvita further stated that India as the best emerging nation has a lot of potential going for it at the moment- with a humungous market size, pre-established technology hub, best in budget operation rate, budding talents, huge volumes, as well as historical relationship with the Middle Eastern territory.

Anvita, who holds an MBA from INSEAD and having work experience alongside tech giants like Rocket Internet as well as Google in the distant past, stated that the other aspects have always influenced the transition regarding the corridor plan for a better economic expansion, the maturity regarding the innovation index, as well as cultivating better political relations alongside India as well as other Middle Eastern nations.

She further stated that “India is all in pursuit to expand at 7 percent year-on-year, with better modern-day firms’ expansion that is all expected in to be at par or above the set average limit. With a fairly stabilized US Dollar/Rupee viewpoint, even the adjusted for any cash downgrading, the overall expected Returns on India Investments are looking in a much better shape. She further elaborated that “Previously, a huge number of Middle Eastern investors used to invest within Europe and US. Now they are in pursuit to look out at China and India as their new territories as India has hugely given them few of the huge exits that have lit up the confidence, faith within the ecosystem that is not curbed to high-worth deals as well as Unicorns, however, initial staged-start-ups.”

She further emphasized upon that five-ten years beforehand, the US was an innovation hub with the likes of clones of firms like UBER being produced round the globe. However, at present “India is coming into terms of being touted as pioneer within the innovation in sectors like Payments, AI as well as gaming arena.”

Political maturity coupled alongside the policy framework between India and the UAE are also enlightening to put up mutual interest, she said, adding that a fresh example is Indian government’s current decision to grant income tax exception to the sovereign wealth fund of Abu Dhabi in precise investment sectors.

On the growing trend of Indian start-ups attracted within the Middle East investors, Anvita stated that this was because reserves from the territory provide a lot more than just required capital. “Higher bang for the responsibility, access to Middle East markets that are mounting, bonds to the western world and high margins are roughly the added rewards,” she pointed out.

She added up that the investor community in the Gulf region has a global investment viewpoint and now want to tap Indian start-ups at an initial stage – seed to series B.

“Having been an entrepreneur myself with building OLX/Dubizzle in ME (exit to Naspers) and Lazada in SEA (exit to Alibaba), I have been on the other side and understand that wealth is single part but entrepreneurs requirement fringes around the strategic provision, relationships, market know-how to be able to custom fit their strategy, pricing, and do the localization,” said Anvita, who was the COO of Naspers (now Prosus) for Middle East and Africa.

She also said traditionally, Middle East investors preferred B2C companies but increasingly there is interest on the B2B side, especially the technologies that are transferable to businesses and government prioritised sectors such as health-tech, ed-tech, smart cities, cyber security, data/AI companies – where a strong tech product can be top-down rolled out touching many private and public entities.

“Besides, at the angel stage, the average ticket size per angel in India is much economical than what you overview in the Middle East. Here an angel might invest in the range of $100-$200,000 or more, so a start-up can serve the round faster with fewer people in the cap table.”

“I have mediated some compact start-ups from India in AI, ed-tech, infrastructure, and health-tech to telecoms, government bodies, enterprises here, and with a good acceptable budget, thereby, having resulted in huge-scale projects and as well as the revenue potential,” she revealed. 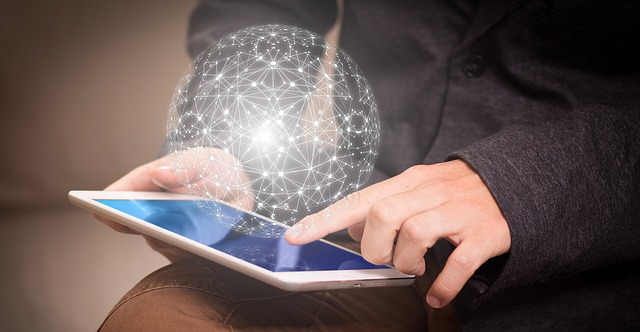 HOW WILL ARTIFICIAL INTELLIGENCE CHANGE THE FINANCIAL BUSINESS?