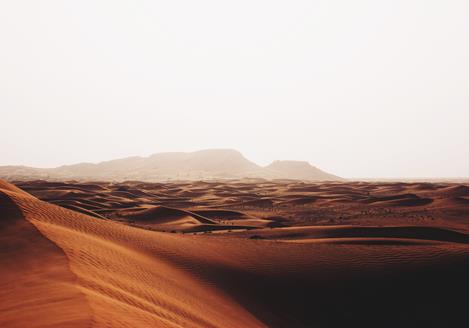 The province of Tabuk is home to the planned Amaala megaproject

On his third leg of a cross-country tour, Saudi Arabia’s King Salman bin Abdulaziz announced SAR 7 billion ($2.9bn) worth of development projects – including in education, infrastructure, parks and housing – in the northern region of the kingdom in Tabuk, the province that will one day be home to the Amaala megaproject along the Red Sea coast.

In a speech on Monday, where the king was accompanied by Crown Prince Mohammad bin Salman, King Salman said his current tour stems from his keenness to meet citizens and view development projects.

“We directed the Crown Prince and all relevant ministers to monitor the needs and development priorities in the regions,” he said, adding that the objective is “to improve all services provided to citizens, especially education and healthcare services”

Of the Tabuk funding, 4.9 billion riyals will go toward three electricity management projects in the province, where the $500 billion futuristic city of Neom is due to be built, the Saudi state news agency SPA reported.

Among other recipients are the tourism authority and the ministries of transport, housing, education, environment and municipal affairs.

Amaala, a megaproject along the Red Sea that will border the city of Neom and the Red Sea Project within the Prince Mohammed bin Salman Natural Reserve, helping to establish a new tourism hub, was announced by Saudi Arabia’s Public Investment Fund in September.

The development will add 2,500 hotel rooms and 700 private residential villas along with a retail area with 200 outlets. Amaala will also feature an academy of the arts that aims to further develop young artists from Saudi Arabia and the broader region.

The 3,000 square kilometre development, which will be spread across the three sites, will have its own airport and target luxury travellers.

“As envisioned in Vision 2030, Amaala – along with the other giga-projects – will support the diversification of Saudi Arabia’s leisure and tourism industry, while promoting cultural conservation, ecological preservation and sustainability,” PIF said at the time of the announcement.

iSTOX Rebrands To ADDX, Will More Than Double Issuances This Year While Launching New Product Lines

FirewoodFX: A Design for the Future of Forex Trading

Imdaad signs a new contract with ADIB for delivery of world-class hard FM...

For Supporting its clients and boosting overall capacity of Banks within Middle East, UAE...

Bahrain adjudged the best amongst ecosystems for Female Start-Ups