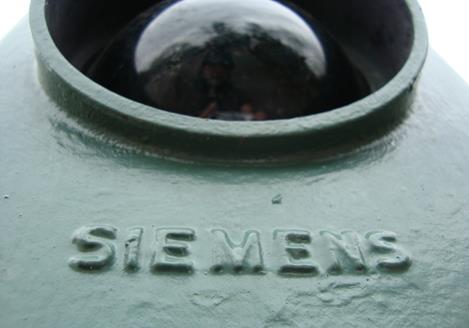 German technology giant Siemens opened a new centre in Abu Dhabi to develop digital and artificial intelligence-based solutions for regional customers in the water and oil and gas industries as part of a $500 million (Dh1.83 billion) investment plan to expand its presence in the Middle East.

The new centre is the second of three in the UAE that will use the company’s open cloud-based Internet of Things (IoT) operating system called MindSphere to build tailored solutions for customers in specific industries.

“This new centre allows us to work more closely with our partners than ever before … directly addressing their specific challenges and using digital tools to co-develop tailored solutions,” said Fida Khalil, head of MindSphere Application Centre, Siemens Middle East, adding that its purpose is to “merge the virtual world with the real world”.

Earlier this year, Siemens opened its first regional centre in Dubai to cater to aviation and logistics industries.

The Munich company has 20 MindSphere Application Centres globally designed to develop new business models and industrial applications for its IoT and AI technology.

Siemens, which ranks among the 10 largest software companies globally, is investing aggressively in research and development (R&D) and acquisition of software companies as it seeks to strengthen its position to leverage data analytics.

“We recognise the importance of the Middle East’s industrial sector, and believe the MindSphere Application Centre will play a significant role in accelerating the use of digital technologies in rapidly-expanding industries such as oil and gas and petrochemicals,” said Mr Khalil.

Time to elevate the CTO to CIO status

With the economies opening and putting better show, the GCC Construction...

For Supporting the growth of the private sector across Middle East...

Saudi Arabia Successfully narrowed down its first-half budget deficit with the...

Creation of a Smarter Manufacturing Arena Via IoT and what matters...

HOW ARTIFICIAL INTELLIGENCE COULD INCREASE THE RISK OF NUCLEAR WAR