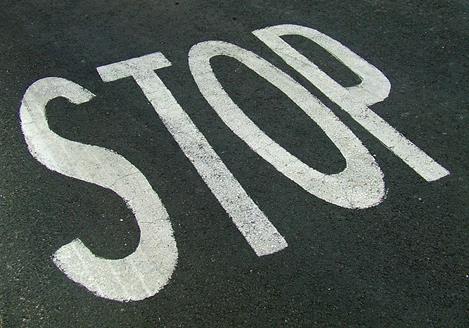 While the global economic climate should remain broadly favorable for the credit risk components of fixed income in the next year, the cycle is approaching its inflection point, where the improvement in fundamental trends shifts towards the neutral and valuations in most asset classes leave little room to absorb tail risk shocks.

As 2019 approaches, investors should review their portfolio, given the possibility that the following trends are met:

Although the investment climate has remained favorable for quite some time and has been helped by monetary policy, it should not be forgotten that credit cycles have not completely died. Instead, the current cycle has lengthened, with the European sovereign debt crisis and the recent collapse of commodities as two recent examples of waves of sales in “mini cycles” of relatively short life, of which the market recovered reasonably fast.

Today, market excesses have been more moderate, but if the appetite for risk continues to rise, the likelihood of a more volatile credit market slowdown, which extends beyond a rapid market decline and provokes “Purchase opportunities”, will increase. This implies that investors may eventually be rewarded for reducing their exposure to the most risky segments, which have generally outperformed the credits of developed markets in recent years, and suggests that they should be more selective in evaluating the yield potential adjusted to risk.

Rethinking assignments to US Treasury bonds

In recent years, the US bond market has offered a global performance advantage on an adjusted basis in the exchange rate that has attracted investors and sustained prices despite the adjustment cycle of the US monetary policy. The Fed. But the increase in costs in the coverage of currencies has deteriorated the benefit of the net return and, as the ECB and the BOJ begin to normalize their monetary policy, a scenario is established in which the European and Japanese are more attractive to local investors in relation to US debt, this should reduce global demand at a time when the supply of US Treasury bonds is likely to increase as public debt increases to its highest levels.

This technical pressure could have important implications for the capacity of US Treasury yields, which could decrease during the next economic recession and stimulate the economy. Unless the Fed intervenes in its next iteration of quantitative easing (QE), the traditional easing of monetary policy may result in a more pronounced yield curve.

While US Treasury bonds should continue to serve as insurance against extreme market shocks, the imbalance between supply and demand may generate greater volatility than in the recent past. As a result, caution is suggested. At current levels, PineBridge Investments prefers US Treasury bonds over other sovereign bonds in developed markets, but they advocate a relatively short duration profile and try to preserve capital within the safe haven component.

With greater capacity for long-term expansion and growth, moderate inflation and relatively attractive valuations after recent volatility, the components of emerging market debt have become more attractive amid growing dispersions between regions and segments. For example, overall volatility has increased in JP Morgan’s emerging market bond index to date, but sovereign debt yields at idiosyncratic points of access, such as Argentina and Turkey, have skyrocketed. Given that the overflow of the high volatility of the US dollar and the tariff uncertainties are also cause for concern.

While PineBridge Investments believes that markets will remain very favorable in 2019, negative forces can arise quickly and unexpectedly. As a result, being a bit more defensive in the positioning of the portfolio makes sense in today’s environment. This translates into a modest reduction of risk in each segment, which reduces high exposures to the beta and gradually reduces duration risk profiles, especially in markets developed outside the United States, focusing on higher quality loans within the different segments.

In investment grade credit, this may involve cutting credit-quality allocations from BBB and the more cyclical sectors, but also finding relative profitability opportunities in components such as higher-quality secured loan obligations (CLO). Historically, tranches of CLO debt with a credit rating of A or higher have not suffered capital losses if they are held until maturity. European and Asian credits covered by exchange rate risk also offer additional opportunities for excess return.

In leveraged finance, we continue to favor guaranteed floating rate loans over high yield bonds, but investors should consider reducing their allocations in rated debt with higher CCC risk and second grade exposures. In Europe, the loans currently offer a yield advantage over the United States, if the exchange rate adjustment is considered, but the greater risks of queuing caused by the disagreements with the Italian budget and the Brexit scenarios require maintaining a position close to the neutral.

Within emerging market credit, investment grade securities with an incremental return may be more prudent than high yield debt, although PineBridge Investments sees selected opportunities among solid companies that have been caught in the downturn of sovereign volatility and global trade disputes. On the sovereign side, if volatility continues, it may present additional opportunities to invest in more attractive valuations.

Finally, investors are likely to want to consider employing a more dynamic and broader multi-asset approach to fixed income, one that has agility and flexibility, in order to manage and control risks while capturing opportunities in a changing market environment.

A crucial year ahead

Bearing in mind what the future will probably depend on, PineBridge Investments believes that it is not convenient to dive into the most risky parts of the market at this time. In fact, it now seems prudent to start marginally reducing risk in all asset classes and within different segments. This mildly defensive bias should help investors better navigate anticipated changes in a cycle with lower expected returns, greater volatility and a return to normalization of the overall rate while positioning to increase risk levels should they unexpected risks arise.

FIXED INCOME OF SHORT DURATION AND HIGH QUALITY: HOW LONG HAVE YOU NOT SEEN SUCH A CONVINCING OPPORTUNITY?

Despite the current pandemic turmoil, the Citigroup predicts the UAE hub for maintenance of a five-year expansion track

MENA Startups to Watch Out for In the Second Quarter

Arab League’s largest economies Business Operations intensifies in May on the...

Paving a perfect platform for building a better resilience within the...