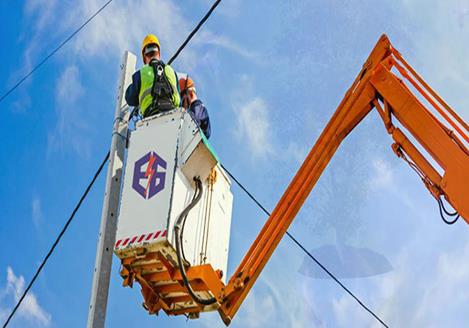 People and businesses in the Republika Srpska, one of the two entities of Bosnia and Herzegovina, will benefit from a more reliable power supply and improved energy efficiency thanks to a loan provided by the EBRD with the support of Taiwan ICDF.

The funding of €15 million will finance the reconstruction of the medium and low-voltage power network in Elektrobijelijina’s distribution area as well as the installation of smart meters. Losses in the distribution of power and high consumption due to outdated and inaccurate meters are major contributors to the high energy intensity in Bosnia and Herzegovina which causes additional costs to consumers.

Investing in a more modern, efficient and flexible power distribution network will promote improved efficiency through reduced power losses and greater awareness of energy consumption patterns. It will also facilitate the penetration of higher levels of distributed renewable energy.

The financing is provided as a loan to ZEDP Elektro-Bijeljina A.D.Bijeljina, the state-owned power distribution company in Republika Srpska. Up to €7.5 million of the loan will be provided by the Green Energy Special Fund, established and administered by the EBRD with the contribution of Taiwan ICDF. Previously, the EBRD also provided a loan to ZP Elektrokrajina A.D. Banja Luka for a similar purpose.

Supporting energy saving and improved energy efficiency as well as promoting sustainable sources of energy is a key activity of the EBRD. Last year alone, the Bank committed 43 per cent of its €9.7 billion in new investments under its Green Economy Transition (GET) approach.

The Bank is a major investor in Bosnia and Herzegovina. Since the beginning of its operations in the country the EBRD has invested €2.1 billion in around 150 projects.

Three Infrastructural Projects in UAE, Sharjah rated worth $80Mn to be completed within 2021