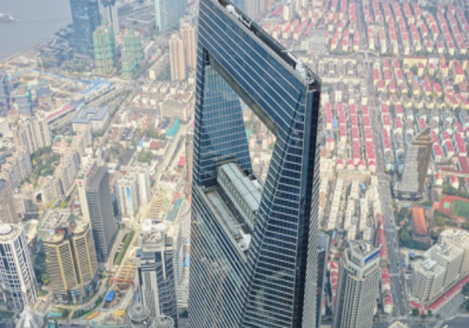 China’s economy is undergoing a tricky transition. Recent economic data out of China have underwhelmed, while escalating trade tensions with the U.S. and elevated domestic debt levels have sparked concerns. Yet we see China’s near-term outlook as resilient.

We share our take in our new Global macro outlook China: Quality over quantity. The gist: The tit-for-tat rhetoric on U.S.-China trade may have a real economic impact, yet we see activity holding up in the short-run, with consumption accounting for an ever-greater share of gross domestic product (GDP).

The moderation in Chinese economic activity in the first half of 2018 has been gradual. First-quarter GDP growth beat expectations, due in part to solid external demand. Our BlackRock China GPS points to activity holding steady going forward. Big data signals developed by BlackRock’s Systematic Active Equity teams are an important component of the China Growth GPS. They include earnings guidance from Chinese companies and references to China in global earnings calls. These signals paint a rosier picture about growth than what recent data suggest. This is illustrated in the Steady slowdown chart below by the difference between the now-cast (gray) and the GPS (green), which incorporates the big data signal.

This outlook could be undermined if trade tensions with the U.S. morph into a full-blown trade war. Our base case sees that scenario being averted, though we do anticipate an extended period of tensions ahead as the tit-for-tat rhetoric heats up between the U.S. and China.

AN IMPORTANT TRANSITION IS TAKING PLACE

Private consumption is making up an ever-greater share of activity relative to investment, as the focus of China’s government moves to quality (sustainability of growth) from quantity (GDP targets). Greater reliance on consumption and a move to quality of growth from quantity should put the world’s second largest economy on a more sustainable path.

Sectors dependent on consumer spending are expected to take the reins of the economy from the long dominant old economy state-owned enterprises (SOEs). Government policy in China could further tilt the economy toward consumption. Consumption is about 40% of GDP, according to data from the World Bank, compared with more than 60% of GDP across developed economies.

China does face constraints in making the shift to a consumption-driven economy. Achieving a smooth handoff to households and consumers is not easy after decades of investment-led growth. Demographics also stack up against China. An aging population lacks a sufficient safety net, explaining China’s high savings rate. Improved productivity, higher incomes and government policies that strengthen social security must support the transition to a more consumer-based economy.

Finally, China’s financial vulnerabilities–including the buildup of leverage in the country’s large and opaque financial system–represent the biggest risks over the medium term. Unresolved, these could lead to a large shock. Yet government steps to curb credit growth are underway. The creation of the Financial Stability and Development Committee and work towards a unified regulatory framework have put authorities in a better position to address financial stability risks.

China’s near-term outlook appears solid, but rising U.S.-China trade frictions are raising concerns. Additionally, consumption’s share of the economy needs to increase further if China is to pull off the balancing act of reining in credit, sustaining GDP growth and shifting away from export- led and investment-led growth. The trend on these fronts is good–yet much more progress is needed.

Vitality of building up Branding within a business circle and sustain...

A Massive Real Estate deal of $5.5 billion signed by UAE’s...

Bankera Catch Up With the Challenges in Crypto transactions and Banking

As per the Statement by Mubadala CEO Khaldoon Al Mubarak stated...