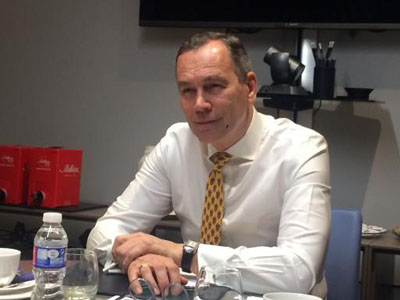 Much has been said about the unique phenomenon of global synchronized growth, the unanimity of a lax monetary policy, and the objective of having common fiscal policies by geographical regions. But what if all this had come to an end?

According to Erick Muller, Head of Strategy at Muzinich, an asset management company specializing in corporate fixed-income or credit, this may be the next market reality. Muller believes that a new macroeconomic environment is emerging in which the European and North American economy begin to take different paths. “2017 marked a new turning point since the great financial crisis as it brought about a scenario characterized by synchronized growth between emerging and developed countries, a stronger banking sector, very positive and growing corporate results, and a lower unemployment rate. Since then three things have changed: monetary policies, fiscal policies and the pace of global growth,” says Muller.

In Muller’s opinion, these three trends are the ones that are breaking the great synchronization that we had until now. Analyzing each one of them, Muller firstly points out the fiscal policy undertaken by the US and its announcement of tax cuts. In this regard, he stressed that these measures are not succeeding in making the US economy any more efficient; however, it could cause an increase in the budget instead.

“Donald Trump’s decision to redesign trade policy in order to benefit the US, could produce a certain shock in the market or short-term uncertainty in the business sector,” Muller points out, and points to protectionist policies as the clear difference with other economies. In this regard, he acknowledges that growth has slowed down, especially in developed countries, but it isn’t alarming because global and fundamental indicators are positive.

Finally, Muller refers to the fact that this De-synchronization is more evident when it comes to talking about the monetary policies of central banks. “Inflation is not rising at the rate expected by central banks, which has a clear effect on the rate hikes they plan to make. The Fed has already started more firmly along this rate hike path, while the ECB is delaying the rate hike and lengthening the cuts to its asset purchasing program,” explained Muller.

OPPORTUNITIES ON THE HORIZON

In this context of “De-synchronization”, he sees investment opportunities in corporate bonds, mainly denominated in Euros. “We are convinced that the focus is on short duration and on being very selective, we believe that floating bonds, syndicated loans and private debt are interesting, although the latter has less liquidity,” says Muller, who explains that they have seen a growing interest in private debt by institutional investors.

When talking about geographical areas, Muller admits that they prefer Europe over the US. “It’s true that US high-yield can offer somewhat higher interest, but the currency exchange hurts it,” he concludes. In terms of emerging markets, he points out their attractive yields, especially in short duration.

Unlocking the latest possibilities with aid from 5G and Edge

UAE to be shaped as the next global tech frontier and...