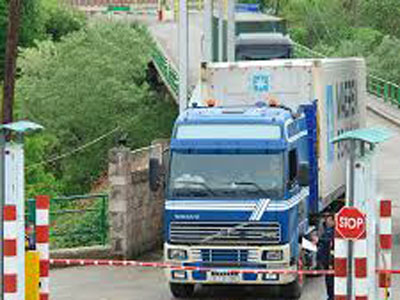 The modern era of international trade is one of increasingly complex interactions between people, firms, and organizations. Supply chains cross countries and regions. Trade has become a 24/7 business and good performance in trade requires connectivity along not only roads, rail and sea, but in telecommunications, financial markets and information-processing. Having inefficient or inadequate systems of transportation, logistics and trade-related infrastructure can severely impede a country’s ability to compete on a global scale.

This increasing complexity has serious implications for the world’s poor, who often are disproportionately disconnected from global, regional – or even local – markets. Poverty is often concentrated in geographic areas that are poorly connected to active economic centers, within and between countries. These pockets of poverty may be close to dynamic, urban markets, for example, but economically isolated from them. They often lack good connections to financial, economic, information, and infrastructure networks, too. Firms and communities in these areas miss opportunities to develop skilled, competitive workforces; they are not integrated in global production chains and are less able to diversify their products and skills.

These products include a database that provides a comprehensive cross-country benchmark for logistics performance, a diagnostic toolkit for trade and transport facilitation, a book that addresses the magnitude and nature of logistics costs borne by landlocked developing countries, and a series of handbooks that tackle the issue of streamlining customs and border clearance procedures through comprehensive border management reform.

The World Bank has been an active supporter of customs reform and border management modernization for many years. The Bank has invested in more than 120 projects with significant components addressing customs agency issues over the past 20 years. The current trade portfolio includes approximately $300 million in customs-related operations and technical assistance programs.

In recent years the portfolio has expended to include trade facilitation work with other border management agencies involved in processing and clearing goods. Increasingly this work has involved the application of ICT to support increased transparency and efficiency and to support collaborative border management approaches. Work on this agenda is spread across the entire World Bank Group and in all regions with customs and trade facilitation specialists providing advice and project implementation support as well as practical toolkits and knowledge products. The group is also engaged heavily in supporting implementation of the new World Trade Organization (WTO) Agreement on Trade Facilitation and the adoption of other international standards.

The Logistics Performance Index (LPI) measures how well countries connect to international logistics networks. It helps countries identify the challenges and opportunities they face in their trade logistics performance and what they can do to improve. Based on a worldwide survey of operators on the ground—such as global freight forwarders and express carriers—the LPI provides in-depth knowledge and feedback on the logistics “friendliness” of the countries in which the operators do business and those with which they trade. It provides an informed qualitative assessment of the global logistics environment for the benefit of government and trade practitioners alike. In addition to the report, the website features the LPI as an interactive cross-country benchmarking tool with data for four years: 2007, 2010, 2012, and 2014.

The TTFA includes a practical toolkit and interview guide that identifies inefficiencies in international supply chains that constrain trade competitiveness, in an effort to help countries develop strategies for reform and investment to enhance trade competitiveness. It can be used to develop a comprehensive diagnosis of operational and procedural constraints to trade and trade-related transportation services. The revised version is an updated edition of the 2001 edition, and was prepared in response to increasing demand for analytical work in the area of trade facilitation and logistics.

COST OF BEING LANDLOCKED:

About one in five countries in the world is landlocked; twenty out of 54 low-income economies are landlocked, the majority of them in Sub-Saharan Africa, while only 3 of 35 high-income economies are landlocked. The lack of access to maritime trade and logistics systems presents serious challenges for many Landlocked Developing Countries. This book presents a new analytical framework to understand the causes, structure and constraints of logistics costs for Landlocked Developing Countries. Combining theoretical research, data/facts and field examples in project preparation and implementation, this book fills an important information gap in assessing the transport/logistics costs involved in being landlocked. Based on extensive data collection in several regions of the world, this book argues that although landlocked developing countries do face high logistics costs, these do not result from poor road infrastructure per se. High logistics costs also depend on low logistics reliability and predictability, which are heavily influenced by rent-seeking and governance issues.

Border clearance processes by customs and other agencies are among the most important and problematic links in the global supply chain. It takes three times as many days, nearly twice as many documents, and six times as many signatures to import goods in poor countries than it does in rich ones. Delays and costs at the border undermine a country’s competitiveness, either by taxing imported inputs with deadweight inefficiencies or by adding costs and reducing the competitiveness of exports.

For bolstering and building up a Competitive Economy in MENA, Saudi...

DIVERSIFICATION: THE OPPORTUNITY THAT CRYPTOACTIVES OFFER TO PORTFOLIOS

HOW DO YOU DEFINE TERRORISM?