It is already amongst top trading partners with the Asian superpowers China, India, Japan, and South Korea pan-Middle East apart from Saudi Arabia, Oman and Kuwait.

According to the positive words as quoted in by Lord Green of Hurstpierpoint, chairman of Asia House, “This century aptly belongs to Asia and has affected lives of a million people who inhabit this vast territory as well that of vast people from Europe. Although China still leads the trading frontier as it contributes to the entire Middle Eastern corridor, the emergence and strong resurgence showed by India to be a distant second pave the way for pan Asian and European Dominance at a global stage.”

Abdulla Al Saleh, Under-secretary for foreign trade at the UAE Ministry of Economy, is happy to highlight the core importance and the dominance Asia shows, that entire Asia-Pacific region has leapfrogged Europe to be UAE’s leading trade partner, as it accounts for 42 per cent of total non-oil business links.

Mr Saleh also adds that the non-oil sector is expected to leapfrog the core oil sector and dominate 80 per cent of the Middle Eastern Economy within the next five years. One of the principal contributors to the decelerating oil sector is the surge in government-encouraged FDI (Foreign Direct Investments).

He also points staggering stats and figures which would provide a clear-cut picture on Asian Dominance in UAE’s rising, powerful and recession-resilient economy. They are: –

•  Asian tertiary is of utmost importance regarding foreign trade as it has contributed to nonetheless one-third of global GDP growth and 37 per cent of global exports in 2017 alone.

•  Such is its growing force, which the Asian prowess China, India etc. accounts for more than 60 per cent of the non-oil exports and foreign trade.

•  Asia-Pacific region has also been a major contributor as it had a 38 per cent share in the accumulated FDI into the UAE in 2016.

•  In 2018-19, Asian contribution had surged ahead to 45 per cent and accounted for overall 71 per cent non-oil exports in the UAE’s economy.

•  China’s FDI in UAE totalled around $9.1 billion within the end of 2017, especially in the following sectors like oil and gas, infrastructure, finance, construction telecom, trade and other sectors.

•  Indian based investors were a distant second behind China in 2018 with an accumulated investment of $1.6 billion in 31 FDI projects in UAE’s overall GDP.

•   Abdulfattah Sharaf, CEO of HSBC UAE, quoted that despite a cloud of gloomy global economic sentiment cast by Washington’s trade war with Beijing. He also added that the bilateral trade between the two countries has surged to hit $53 billion, 17 percentage increase than in 2017.

Mr Sharaf is also optimistic on Indian ties; it has a great environment that supports inward investment, entrepreneurship and is focused on the future.

He also added a point that they are overviewing to complete half of all Belt and Road Initiative-related projects that are funded by private capital, multilateral banks and foreign governments within 2030.

Mr Sharaf also, pointed out that UAE and Middle East Zone, sits at a point zone, wherein, due to the type of connectivity with all major destinations, global trade can reach its pinnacle. He also stated that if the three powers China-India-UAE, it would play a pivotal role in shaping the bilateral cross trade between these countries and thus support them to be global trading powerhouses. 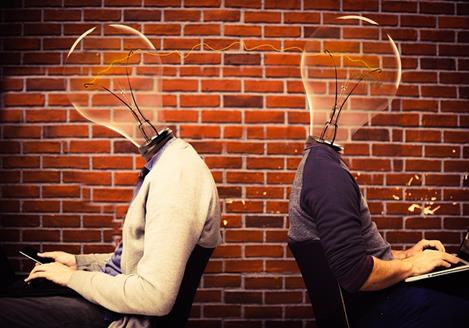 THE REAL STORY ABOUT GROWTH IN CHINA

The Evolution of Battery Technology into The Next Big Curve