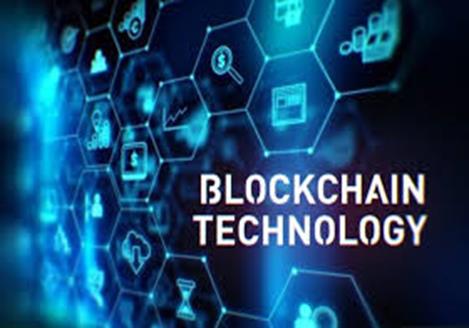 At the realm of a completely tech and digital savvy world makeover, there arises the serious threats of hacking and misuse of one’s precious online data information. Thereby it results in cyber scams, threats involving huge amount of money and it’s net worth. So curious mongers would be eager to know whether there’s any way to reduce or stop this menace from looming up. The good news is a definitively yes. It’s yet not completely a known phenomenon and under it’s frontier or naive stages,yet rapidly taking shape in a wide range of applications and Industries. At this point a definite query arises that: So What is Blockchain Technology??? And the future road ahead.

Blockchain Technology is “A new naive set of secured futuristic technology using the amalgamation of a set of well knit Decentralized Networking nodes/modules (Individual Administrators) and a set of growing records also called as blocks embedded through a secured and encrypted third party communication protocols also known as Cryptography or Cryptocurrencies”. Thus in general it protects valuable financial, user and other relevant data through use of decentralized encrypted secure nodes and thus mitigates loss of valuable information.

Transactions are broadcast, and every node is creating their own updated version of events.

Though this unique and emerging concept’s inventor or founder is quite unknown. However tech geeks give the credit to an Individual or a group of Individuals on a secretive corporate mission (Japan based) known by the Pseudo name “Satoshi Nakamoto” in the year 2008.

However it’s being predicted as per historians that first work on a cryptographic secured chain of blocks was described in 1991 by Stuart Haber and W. Scott Stornetta who also instrumentally developed Merkle Tree Chain.

Block chain technology though still naive for most of the fields or expertise came first into fold in the year 2008 when it was conceptualized and incorporated by “Bitcoin”- Digital Gold or Digi Currency Pioneers. However the first fully integrated Blockchain technology without the differentiation between Block and chain came into fold in early 2016.

Future of Blockchain Technology and Conclusion:

So Needless to state that Blockchain is going to completely change the global outlook of Networking and protect user rights from having a complete secured encrypted networking Module.

Who Says What regard Blockchain:-

According to Don & Alex Tapscott, authors of Blockchain Revolution (2016)- “The blockchain is going to be an incorruptible digital ledger of economic transactions that can be programmed in such a manner as to record not just financial transactions but virtually everything of value.” According to Ian Khan-A Tedex Speaker and Author Technology Futurist- “Blockchain Technology will revolutionize and trend a mechanism that will bring in highest degree of Accountability free from man made and technical machine based errors“. Thus It will also be less prone to third degree frontal attacks from cyber sleuths, hackers as it would make utilize a much secure encrypted validation mechanism.”

For powering up the Cashless Economy Dubai Economy rolls out a...