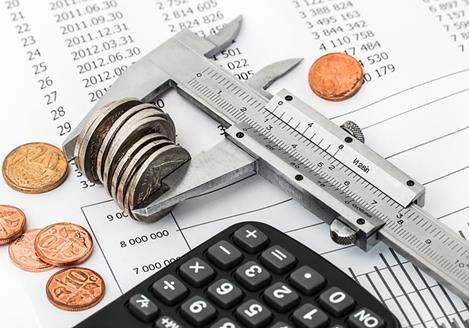 According to Pilar Gómez-Bravo , head of fixed income at MFS Investments , 2018 was a much more interesting year than others. With the rebound in volatility, new peaks have been seen in the LIBOR rate and in the VIX index, a significant increase in the supply of investment grade markets, and obviously a greater stress in the emerging debt markets. Gómez-Bravo believes that in this environment there are really more opportunities for active management, than in the past years.

“In relation to opportunities, we are always looking for an opportunity in the selection of degrees and you are coming through the strength of our research platform. The continuous debate with our analysts allows us to establish a greater risk in the emissions that we see that are not being correctly valued and always offer us investment opportunities. We believe there are more opportunities now in global market rates, because we see how central banks are decoupling in the pace of their policies, “he says.

“Certainly, the United States is experiencing growth close to the levels of emerging markets, while some of the emerging markets are showing structural problems that are moderating their growth expectations. We believe that for the first time in a few years, we are beginning to see more opportunities in rates and duration than we have seen in the past. I think there are always opportunities from an idiosyncratic perspective in the credit market, from which we can take advantage. “

“Until now, the mismatch has focused on several of the main emitting countries within the emerging debt, mainly Argentina, Turkey and Brazil, and to some extent South Africa. We would not advocate saying that this has been a particularly contagious issue, if you look at the levels of performance in which you are living, you certainly do not show a search for refuge or security, if you think in terms of dispersion of performance within emerging markets, I would once again point out that it has been an event concentrated in some large markets, “he adds.

In any case, the investment strategist advocates caution in the asset class, believing that there may be seductive opportunities in credit, but also believes that if the strength of the dollar continues it will create new stress in emerging markets and therefore, we are more reluctant to add a significant amount of exposures to emerging markets at this time.

The markets have been more aware of the dislocations around emerging markets or some central bank policies, such as the tightening of monetary conditions by the Federal Reserve that of the commercial conflict between the United States and China. In general, a significant impact on the disruption of trade, or at least a debate focused on commercial disruption, has not yet begun to be seen.

In the next 12 months, if commercial war really materializes and real implications begin to be seen in some of these economies, a significant impact could be seen in the commercial war, not only in the financial markets but in the real economy.

“The ramifications could spread around the world, including the United States and China, but obviously in Europe and other emerging markets as well. It is like having a fight between the two largest economies in the world and hopes that there is no global impact, something that is very unlikely to happen. In general, we worry about the potential disruptions that are created over the distribution chain that could impact at a macroeconomic level in some of these markets. It is difficult to predict, but globalization has been a trend that has existed for decades. It is unlikely that there will be no disruption in the markets if there is a trend reversal, “he concludes.

Despite the global crisis prevalent across most of the Ecosystems, Investment is ripe in the UAE Hospitality Market

Confused regarding AI? Dubai’s event offers everything you wish to grasp in some unspecified...