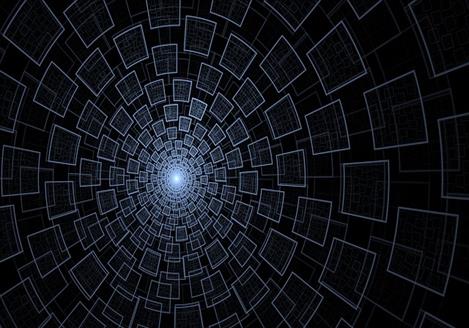 Planning to get a perfect launch pad to your new technological start-up?

Then Abu-Dhabi is the ideal location to start your new venture.

The Abu-Dhabi government is in contention with Japanese bank Softbank and Mubadala Ventures, the US-based venture capital arm of Abu Dhabi’s Mubadala Investment Company, will launch a new hub for tech start-ups in UAE capital also known as Hub-71.

It will offer $145.2million (AED535m) of investment for the start-up technological companies. The Hub-71 is named after the UAE foundation year.

It will be utilising the Ghaden-21 initiative which offers, $13.6bn stimulus package as announced by UAE government a previous year to provide jobs, as well as to trigger SME’s and start-up growth forming as second core Sector after Oil and Natural gas resources in the Middle-east.

Ghaden-21 had been a great success, and it hopes to continue its present form as its primary goal is to set up Emirates status as the dynamic as well integrated and most sought dream tech destination hubs globally for tech start-ups as well as other specialised core private sector players famous in their core sectors.

Japanese-based Soft Bank as their ongoing commitment and vision for Dubai’s tech valley projects have established strong office presence across middle-eastern regions like in UAE, Riyadh, and Saudi Arabia, last year. It will also include $100Bn aid visionary in the form of wealth funds from the Middle East, which includes Saudi Arabia and Abu Dhabi.

Hub-71 programme has been designed in such a way to include all the seven distinct pieces of a start-up ecosystem that are: start-ups, VCs, accelerators, tech companies, corporations, universities and R&D and government.

In order to provide the best for the start-ups and bail them out from and precarious positions, Hub-71 is leaving no stone unturned by offering: –

•  Offering convenient, attractive, spacious office spaces and in line with all digital amenities.

•  It also takes care of overall infrastructural insurance as well as provides the health insurance packages to the workforce.

•   It focuses and wishes to attract the best in class entrepreneurs and global talent, fostering entrepreneurship from Abu Dhabi to the globe and as well increase the SME’s or non-oil sector to contribute more towards the regions overall economic progression.

Mubadala’s vice president of technology, manufacturing and mining and also Hub-71’s head, Mahmoud Adi states that the Hub-71 aims to attract at least 100 tech start-ups to be on-boarded over next two-three years course and establish a complete digitalised platform within April.

Mr Adi also added to his point that the “Hub-71 set up is already holding multiple discussions with both in-house and outside companies and fosters to highlight the best entrepreneurship from Abu Dhabi as well globally thus pestering healthy competition.”

He further adds to the forum, that they are in fact curating the tech community to be in more diverse, focuses on absolute right ownership to be filling in the digitalised eco-system.

He also asserts an incredibly crucial point that this ecosystem is designed in such a way that the best talent is attracted to other skills, having a diverse as the right mix of highly successful leaders to propel the entire ecosystem.

The significant boost up in Hub-71’s arsenal would be the presence of India-based entrepreneurship firm OYO Hotels, and an actual visionary video address by its founder, Ritesh Agarwal, at its launch event.

Although it is still unknown about the OYO hotels participation in Hub-71’s aid, launch sessions were boosted up by the active-dynamic meetings with SenseTime international group president George Huang, Souqalmal.com founder Ambareen Musa and Careem founder Magnus Olsson.

Founder and CEO of Japan-based Soft Bank, Masayoshi Son, in an active video message stated that his firm is honoured to participate in this noble cause of not just providing financial aid, but as well to transform Dubai’s already booming tech start-up landscape.

This commemorates Middle-Eastern vision of having a wholly digitalised economy compliant with the new digital Sharia Rules and regulations.