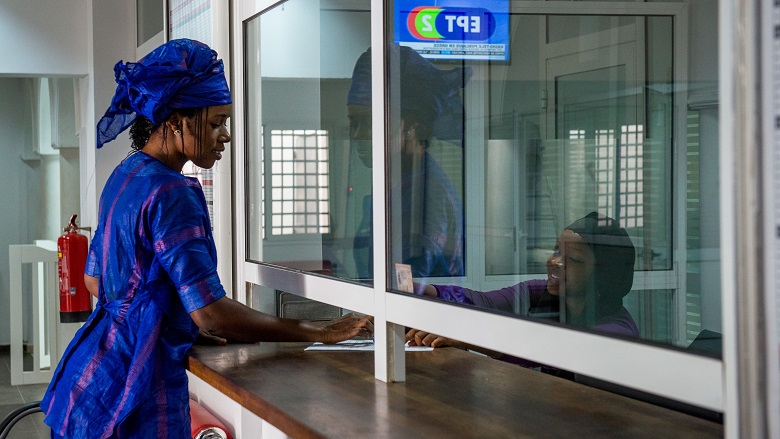 This Saturday, June 16, we celebrate International Day of Family Remittances to recognize “the significant financial contribution migrant workers make to the wellbeing of their families back home and to the sustainable development of their countries of origin.”

Which is why it is the perfect time to talk about a trend facing remittance service providers who migrants rely on to transfer their money across borders and back home.

In recent years, the international remittance services industry has been subject to the so-called “de-risking” phenomenon. Banks believe that anti-money laundering and counter financing of terrorism (AML/CFT) regulations and enforcement practices have made serving money transfer operators (MTOs) too risky from a legal and reputational perspective. For banks, the profit of serving MTOs is not considered sufficient to justify the level of effort required to manage these increased risks.

One recurring concern that some banks and experts express is the lack of visibility to the bank of the underlying transactions. According to this argument, MTOs collect individual remittance transactions from their customers and transfer these in batches through their bank accounts to their agents in the destination country, where the funds are disbursed to the receivers. Since the banks do not have any information on the individual transactions – the argument goes – they cannot ensure that the funds transferred in these batches are not for laundering or funding illicit activities like terrorism.

However, the concept of underlying transaction is flawed.

It assumes a correspondence between a defined set of individual remittances transactions and a specific bank account transfer performed by the MTO as a batch aggregating all these individual transactions.

In most cases, the network of the MTO is more complex than that.

With some exceptions (the so-called “specialists” covering a single corridor or region), MTOs generally send remittances to and from a multitude of country pairs. Some global MTOs cover virtually any country, most of which can be both a sending and receiving market. Also, the majority of MTOs deal with several currencies, selling and buying each of them.

One of the fundamental characteristics of money is that it is fungible. As such, unlike say cars or furniture, money can be netted. That means, at the end of the day a sensible MTO would not send in a batch exactly what it has collected that day from country A to country B; and, at the same time, send back from country B to country A the amount that it has been instructed to pay in the opposite direction. Instead, the MTO would calculate the net positions in each country it covers and do the least possible number of international bank transfers to pay out all their transactions.

Within a country, MTOs may also hire principle agents, who in turn contract sub-agents, to spread their network throughout the national territory more effectively. In this model, principle agents would themselves net off transactions processed in their agent network, adding one more layer between the individual remittance transaction and the transaction processed by the bank.

Conceptually these activities break the link between the remittance transactions and the bank transfers that MTOs perform as part of their operations.

This is even more evident when we consider that some of the bank transfers initiated by the MTOs may happen well before the individual remittance transaction occurs. For instance, when the MTOs prefund the accounts of the agents in the receiving country to absorb the liquidity risk—which may be required by the regulation or by the agreement between the MTO and its agents.

For these reasons, any argument based on the bank’s lack of visibility to the underlying transactions performed by the MTOs should be dismissed in principle. Instead, it should be a requirement of the banks to ensure that MTOs have adequate AML/CFT checks and processes in place to avoid being exploited.

Since the MTO is the customer, the bank should carry out adequate customer due diligence to be satisfied with the integrity of the MTO’s business and assured that it is not transferring money to individuals or entities in sanction or exclusion lists.