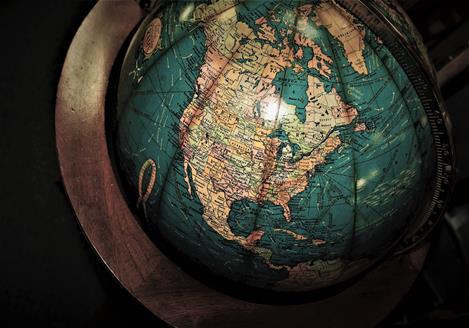 MENA (Middle Eastern and North American) region, especially emerging economies like Jordan, Egypt, Morocco, Syrian and Libyan economies, etc. by pooling in International monetary aid in the form of billions of dollars in 2019 to bail out these countries from debts and accelerate their economic reforms to a new high.

According to Ferid Belhaj, Vice President for the Middle East, this monetary aid to debt-ridden countries like Jordan is to raise their economic condition, clear their long pending obligations and provide them overall financial stability. This will also be a booster for its private sector and will safeguard the trust of investors and foreign direct investments for the global region development: infrastructural growth and Banking deals.

Mr. Belhaj also stated that they would be viewing to invest maximum funds in Jordanian economy as it has the maximum potentiality to cut down the debts amongst all the other such economies in the region shortly. He also quoted that the Jordanian economic reforms and model code of conduct for trading or business is excellent. Although currently, Jordanian economies overall public debt hovers around ninety-five percent of Gross Domestic Product (GDP) as stated in by the International Monetary Fund (IMF).

Apart from the World Bank Monetary aid, the Gulf countries have authorized and assured to aid roundabout financial assistance of $2.5 billion to brace the MENA region’s economy from going to a dilapidated stage.

However, despite all the positives, Mr. Belhaj also stated that the International Monetary funding aid would not touch a record $6.2 billion as an aid to most of the Banking Institutions in MENA region previous year.

This is believed due to the fact that most economies like Syrian, Libyan, Tunisian economies jolted already by several crises like Wars, dwindling economic turmoil, etc have now to battle another crisis as they are in the verge of approaching their maximum funding/borrowing International fund limit. As a result of these factors, the World Bank has opted to provide a balanced yet reduced monetary aid for overall economic development in the region, and, which is yet to be decided.

The previous year in approximately June or July, World Bank had approved and funded a whopping sum of $500 million for boosting Tunisian economy and bailed it out of nearly seven years long pending monetary debts.

Apart from the promising Jordanian economy, World Bank along with International Monetary Fund (IMF) has pledged to support bailing out the Egyptian economy that has already received a whopping sum of $1.3 Billion to bail out of the impending economic crisis.

Egyptian economy along with Jordanian economy has emerged as one of the swiftest movers in the MENA region in last two years as it saw a massive surge of 4.2 percent overall GDP to close in at 5.4 percent. Within the 2021-2022 financial year, the Mena region is targeting a global growth of 8 total percentage GDP.

Egypt’s president Abdel Fattah Al Sisi, stated that “despite the ongoing inflation and economic crisis, they are fighting hard to survive as well lunge ahead by attracting a lot of investments from Foreign companies like Samsung, Siemens, Uber Inc, HUL (Hindustan Unilever Limited), Pepsico and many newer industrial giants to bail out Africa’s third-largest economy.”

As well last two years have seen a fruitful expansion to strengthen the overall economic environment within the region. With surrounding countries backed in by the ten pieces of amendments related with investment, companies, bankruptcy, tax incentive packages and many more, the country rose to eight places to rise to 120th place in World Bank’s 2019 Ease of Doing Business index.