European equities: there are still opportunities 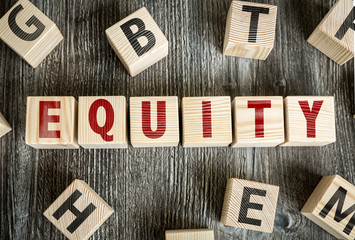 European stock markets are favored against international markets in an increasingly volatile environment, especially investments with selective focus. According to Matt Siddle , manager of the FF European Larger Companies strategy at Fidelity International , geopolitical risks persist, but one should not err on the side of excessive caution in the long term, as he explains in this interview.

What are your prospects for European equities in 2018?

The global economy is at a late stage of the cycle and leading indicators have slowed down, which has led market players to raise caution, as expected. However, it seems less likely that a recession will occur in 2019 due in part to the stimuli that remain in force in the US, but also to the stimuli that the Chinese authorities are beginning to apply, for example, interest rate cuts. more financing for infrastructure projects for local administrations and some tax rebates. The increase in oil prices and the continuous rises in US interest rates. they could become obstacles during the next months, so it would be appropriate to adopt a balanced vision instead of a bullish one. But nevertheless, A more volatile market environment can provide opportunities to strengthen positions in solid companies by fundamentals that are quoted at attractive prices. At the moment, the valuations of the European variable income are interesting compared with other international markets closer to their target levels.

At this juncture, investors are very attentive, as is logical, to geopolitical events in Europe, which have a short-term effect on the portfolios, but a positive result can be perfectly achieved in the medium to long term with carefully selected investments the region.

What do you think could surprise investors more next year?

The areas that could bring more surprises are those of greatest uncertainty at present. The outcome of the negotiations of the Italian budgets could surprise in any direction. A negative outcome would cause particularly strong pressure on the financial values of the euro zone, an area in which I am underweight, while a positive outcome would be favorable for the general feeling of risk. The Brexit negotiations will also leave surprises, although the meaning of these is difficult to predict. A scenario without an agreement would be clearly negative for the United Kingdom in the very short term. However, the flexibility of the British economy, added to a greater exposure to the growth of the rest of the countries outside the EU during the last 20 years,

On the contrary, an agreement would bring about a general improvement in sentiment and certainty that will stimulate business investment in the United Kingdom. Some values on which the Brexit threat looms, despite having a reduced exposure to the British domestic economy, are likely to fall rapidly to more normal levels of valuation. Finally, if the incipient Chinese stimuli set in and provoke a reactivation, it would also be a surprise that would contrast with current expectations.

How do you intend to take advantage of the best opportunities?

I look for companies with solid fundamentals and potential to generate interesting long-term returns, selected from a rigorous bottom-up analysis. Neither “I follow the mass”, since often you can get long-term returns with good business that others give side. I rigorously manage the risk associated with these positions to ensure that the strategy rests on a portfolio of different companies that constitute an optimal combination of quality and attractive price. We have maintained this strategic approach throughout 2018 and we continue to do so.

By sectors, I prefer technology to capital goods, since growth in this area has a structural rather than a cyclical component and I can find actions where valuations continue to run. I also prefer some concrete values of energy and health to those of materials and telecommunications.

As always, I maintain my bias towards the highest quality companies. Fortunately, the opportunities that are currently observed allow me to achieve this without paying more than a market PER, while its higher generation of cash flows means that they are substantially cheaper, based on estimates of cash flows. I believe that the portfolio is well positioned to achieve high long-term returns by reducing the risk of falls.