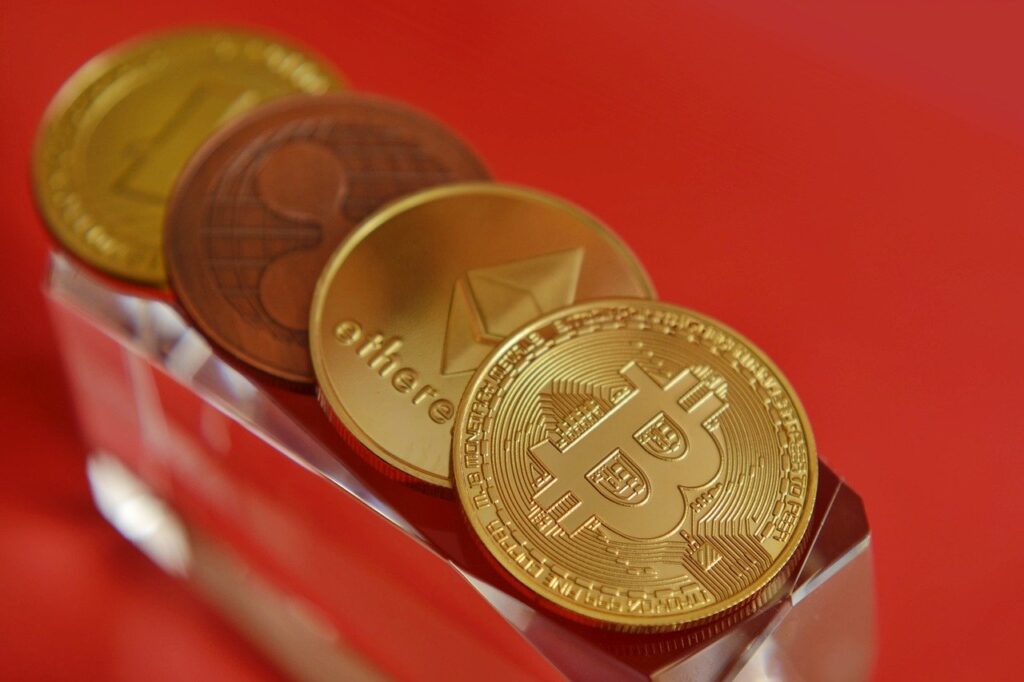 How can I start my review page for spring before starting off with Bitcoin, making it the most interesting read! And boy what a month it was for May Madness! After scaling almost $65k back in mid-April and sliding down to $30k exactly a month later in mid-May, it’s sitting pretty at $36k at the time of penning this report! I know who’s losing money but the question is who’s making it? We can all take an educated guess on that one! Over to some basics. Bitcoin is the largest cryptocurrency by market capitalization, traded higher but still ended the month with a decline of around 35%. Bitcoin prices had jumped to a record high of over $64k in April after various US companies announced plans to invest in the cryptocurrency.

MicroStrategy made an investment of over $2.2 billion in bitcoin, with Tesla investing around $1.5 billion. Bitcoin came under pressure last month with rising concerns around the cryptocurrency facing increased regulatory pressure from the US and other countries. The crypto king faces significant headwinds from central banks planning to launch their own digital currencies. Federal Chairman J-Pow said the central bank intends to create its own digital currency and is considering ways to increase scrutiny of cryptocurrencies. Regulators in China also announced measures to limit the use of cryptos and warned of a crackdown on bitcoin mining.

Bitcoin also suffered a setback after Tesla reversed its policy of accepting the cryptocurrency as payment, citing environmental concerns. May’s 35% decline marks the steepest downturn in bitcoin prices since the 40% plunge recorded in September 2011. Ethereum, the second-largest cryptocurrency, fell more than 10% in May, recording the first monthly loss since September 2020.

Markets could witness some bitcoin purchases by big investors after the steep decline in prices. Such activity could restore confidence in the cryptocurrency. Traders will continue to monitor regulatory developments, which is likely to be the most significant impact on cryptocurrency prices in the near term.

Time to sit up and take note this month of the commodity that keeps our economies’ wheels turning in the right direction as there is going to be some shift in prices. Upbeat economic reports from the US and optimism around a rebound in global demand for oil outweighed concerns over increased supply from Iran, to send crude prices higher last week. However, oil prices recorded a volatile session with WTI prices finally settling lower after five straight sessions of gains. Crude oil settled lower after recording its strongest close since 2018. Market sentiment was lifted by the release of strong economic reports from the US, showing improvements in the labor market, consumer sentiment and housing market thereby boosting confidence in a faster recovery in oil demand.

The continuous recovery from covid-19 in the US has already boosted the demand for oil. Weekly data from the EIA, released last week, showed a decline in America’s crude oil, gasoline, and distillate supplies. Meanwhile, Baker Hughes reported a rise in the number of active US drilling rigs for the fourth consecutive week. Investors became even more optimistic after news of a decline in covid-19 cases in India, which is the third largest importer of oil in the world. US crude gained 4.3% for the week, while Brent prices recorded a weekly gain of 4.8%. Markets await the outcome of the OPEC+ meeting.

The group will shed more light on the condition of the oil market and announce its decision on output levels. An existing OPEC+ deal calls for a step-by-step rise in production levels, which started in May and will continue through July. However, some commodity experts expect the OPEC+ group to change its easing plans based on the potential rise in Iranian production, with negotiations underway between the US and Iran.

On the US, tapering could derail both the economic recovery and the stock market because there was near unanimous consent from several Fed members indicating that that talk is still premature. Brainerd, Jim Bullard and Raphael Bostic all talked down inflation risks blaming recent pressures on a combination of supply chain bottlenecks and supply/demand imbalances. All three echoed the company line that rising price risks will only be temporary as the recovery picks up steam and the jobs market improves. There will be some softening in commodities prices as well as housing, so that could add to the Fed’s narrative that inflation is still under control.

With Treasury yields beginning to drift back down again – the 10-year is down about 14 basis points from its high two weeks ago – investors seem satisfied that inflation risks will be contained. That thinking is also, however, pushing the dollar lower as a satisfied Fed leaves the door open for more bond purchases and 0% interest rates for longer. If we get any near-term compromise on an infrastructure bill that will likely push the national debt past the $30 trillion mark.

As I’ve noted in media appearances recently, any tax increases or hikes in the capital gains rate are very likely only going to be met by a further increase in spending, not a paydown of the existing debt. It’s difficult to see how this doesn’t continue to spiral higher and higher and that will continue to add pressure on the strength of the dollar going forward.

One factor to watch here could be the status of renewed talks on the Iran nuclear deal. The back-and-forth over whether or not the deal will be revived has caused some whipsaws in the crude oil market, since Iran would be expected to add further supply to the market should sanctions ease. For now, oil is hovering in the mid-$60s, but dipped below $62 when it looked likely that a new deal would be reached.

With certain production limitations looking to get lifted soon, we could be looking at a new supply/demand environment as soon as this summer. A lot of factors could go into play, but don’t be surprised to see crude prices falling and energy stocks struggling to outperform.

Outside of that, we’re still seeing weakness in small-caps and growth stocks, not something you’d expect to see if investors were more bullish. The rotation out of cyclicals and into defensive sectors is something new and suggests that short-term sentiment is still mixed despite all four signals sitting in the risk-on position. Utilities are still struggling to outperform the broader market, however, and that could be the domino that needs to fall in order to enter a risk-off environment. I think that could be coming sometime in June.

European stocks closed lower retreating from record highs earlier in the session. Markets saw subdued trading due to holidays in major markets like the UK and US. Markets in the UK were closed due to a bank holiday, while US markets were closed for the Memorial Day weekend, keeping trading volumes lower on Monday. Investor concerns grew as various European countries published inflation data. Spain reported its highest inflation rate in four years, at 2.4%, in May. Inflation in Germany also rose to 2.5% in the month.

Inflation is on the rise and the ECB’s attempt to avoid the taper conversation will get more complicated. European stocks came under pressure following some weakness in Asian equities after China reported a slowdown in growth in the manufacturing sector amid rising commodity prices.

However, the OECD’s recent economic outlook of 5.8% GDP growth for the global economy in 2021, versus a 3.5% contraction in the previous year, brought some positive news for the markets. The organization also projected the G20 group of developed economies growing by 6.3% in 2021, with 4.3% growth for the EU economy. Despite strong signs for an economic rebound, the organization warned of headwinds due to the shortage of covid-19 vaccines in the developing nations. Covid-19 remains one of the top concerns for investors, with total global infections surging past 170.5 million.

In terms of equity performance in recent weeks, European countries control all of the top spots on the top performer list over the past month. Spain leads the way with a 9% gain, but Denmark, France, the United Kingdom and Italy are all up more than 3.5%.Asia remains the laggard.

Have a safe and profitable month.

Geoffrey Muns – Geoffrey is an Independent Financial Advisor and Financial Planner certified from the UK, US and UAE based out of Dubai for the past 25 years. He also works in the private equity and VC space and is a seasoned investment banker having worked with international banks and investment firms in the region. You may contact him at 1mgicapital@gmail.com