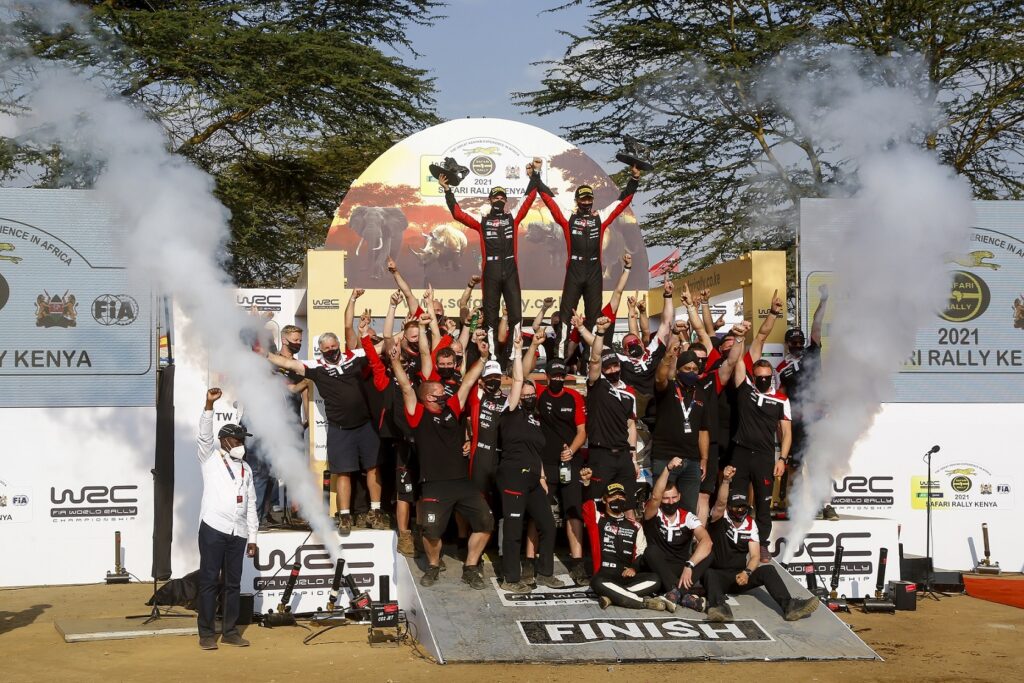 Dubai, UAE – 05 July 2021: TheGAZOO Racing (GR) World Rally Team secured an outstanding one-two victory recently in the first Safari Rally Kenya to be held as part of the FIA World Rally Championship (WRC) for nearly 20 years. Sébastien Ogier and co-driver Julien Ingrassia pulled off a superb fightback in the No. 1 Toyota Yaris WRC to take their fourth win from six events and extend their Driver’s Championship lead to 34 points, while Takamoto Katsuta scored his first-ever WRC podium in the No. 18 Toyota Yaris WRC to complete a one-two finish for the team.

The event lived up to its reputation as an extremely demanding rally. Ogier was in seventh place and more than two minutes off the lead on the second day, but charged back through the field to third overall going into the fourth and final day. He successfully closed the gap on his teammate Katsuta, and with just two stages to go, the pair were tied on overall time and competed for the win right until the finish. Ogier claimed his seventh stage win during the race to move ahead before the one-two finish – Toyota’s fourth this season – was secured during the rally-ending Power Stage.

Katsuta’s maiden podium finish is a landmark result for the TOYOTA GAZOO Racing WRC Challenge Program, which has helped to develop the Japanese driver’s talent since 2015. These points mean Toyota is now 59 points ahead in the manufacturers’ standings at the halfway stage of the season. The team will look to further increase its lead at the next event, Rally Estonia (July 15-18), which takes place over fast and smooth gravel roads with many crests and jumps, as well as some demanding technical sections.