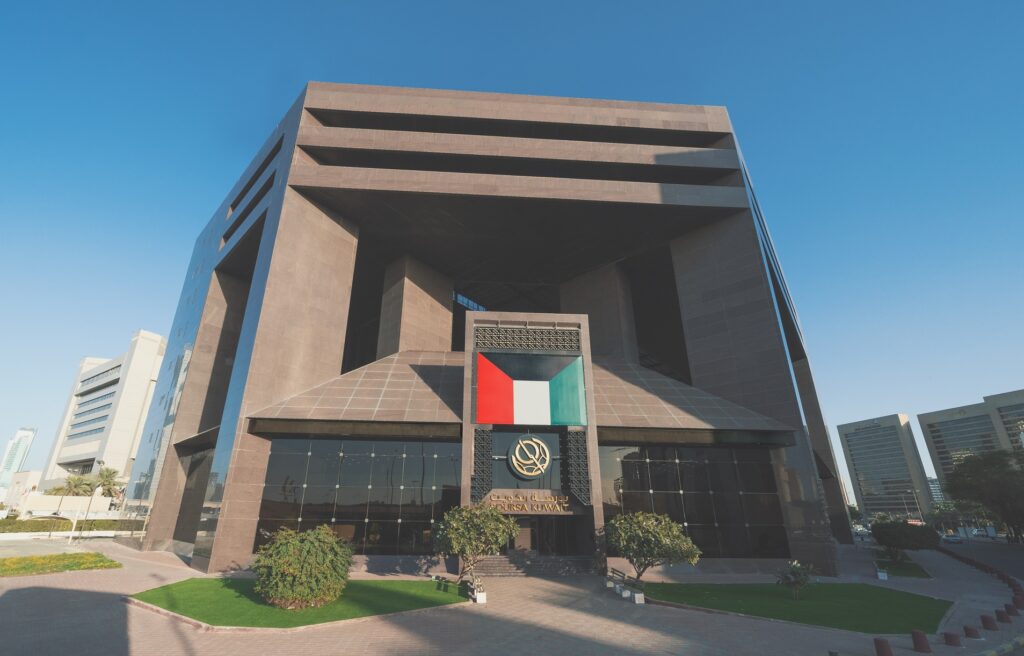 • Shareholder equity attributable to the parent company increases by 61%

In a meeting of its Board members on 3 August 2021, Boursa Kuwait announced net profits attributable to equity holders of the parent company of KD 7.8 million for the six month period ended 30 June 2021, a notable increase of 39% compared to the same period in 2020, when the company recorded net profits of around KD 5.6 million.  The company generated 39.03 fils earnings per share, an increase of 39% compared to its total of 28.05 fils over the same period in 2020, while the Group’s total assets came in at approximately KD 106.5 million, which is a 155% increase versus its 2020 total for the same period of KD 41.7 million. Shareholder equity attributable to equity holders of the parent company increased from KD 32.7 million at 30 June 2020 to KD 52.6 million at 30 June 2021, an increase of 61%, while total operating revenue came in at KD 14.9 million, an increase of 120% over the same period in 2020 which stood at approximately KD 6.8 million.

Boursa Kuwait Chairman  Mr. Hamad Meshari Al-Humaidhi commented: “We are pleased to have recorded net profits of around KD 7.8 million for the first half of 2021, which is an almost 39% increase over its 2020 total over the same period. The results we see today mirror the strength of the operational model and the solid strategy in place, as well as the company’s underlying strong financial health, which have allowed us to deliver an exceptional performance.”

He continued: “As the world continues to recover from the effects of the COVID-19 pandemic, we are hopeful that the results made in the first six months are an indication of things to come for Boursa Kuwait, the Kuwaiti capital market and the national economy. In closing, I would like to thank my fellow Board members, the Executive Team and the esteemed Boursa Kuwait employees for their monumental efforts during the year.”

The increase in net profits is partly due to the consolidation of the Kuwait Clearing Company since the third quarter of 2020, which also recorded improvements to its bottom line. Other factors contributing to the increase include a rise in the total traded value by 53.41%, including a 295% increase in Main Market traded value, and a rise in trading volume by 100.31% compared to the first half of 2020. The recorded traded value for the first half of 2021 came in at approximately KD 6.5 billion, while the traded shares during that period were approximately 41.7 billion. Active accounts also increased by 38.94%, further contributing to Boursa Kuwait’s bottom line.

Mr. Mohammed Saud Al-Osaimi, Boursa Kuwait’s Chief Executive Officer commented on the company’s financials for the first half of 2021, saying: “Boursa Kuwait saw a 120% increase in total operating revenue in the first six months of 2021, and the Group’s assets saw a 155% increase to about KD 106.5 million. These results indicate that the company enjoys a great deal of investor confidence as well as demonstrating the ongoing value and efficiency of the company.”

Boursa Kuwait’s security, which has been traded since September 2020 on the “Premier Market” increased by 15.45% in the first half of 2021, demonstrating the company’s potential for growth and expansion, a testament to the unwavering confidence it enjoys from investors.

Al-Osaimi added: “As we continue making improvements to our suite of products and services, and entice more companies to list, we remain steadfast in enhancing the Kuwaiti capital market and making it more attractive to investors. The capital market apparatus launched margin trading, netting and Tradable Rights Issue as part of its ongoing commitment to improving market efficiency and facilitating access to it, as well as enhancing transparency and governance, increasing liquidity and instilling investor confidence as part of our overarching efforts to raise our market’s profile locally, regionally and around the world.”

Since its inception, Boursa Kuwait, a self-listed company and one of the government entities to successfully undergo privatization, has implemented many steps in accordance with international practices and standards enhance the position of the exchange regionally and globally, as well as transform Kuwait into a regional and global investment destination, by focusing on creating an attractive issuer base and broadening its investor base, increasing the depth and breadth of its products, as well as upgrading its infrastructure and business environment to international standards.

Since it was established by the Capital Markets Authority to take over the responsibilities of the Kuwait Stock Exchange in 2014, Boursa Kuwait has worked diligently to build a progressive exchange platform based on efficiency and transparency, with a view to creating long-term value for the company’s stakeholders in the economic, social and environmental dimensions.

Guided by a mission-driven strategy that focuses on developing the market in line with international standards, Boursa Kuwait has successfully introduced innovative investment tools, reinforced transparency, and restructured the market to increase its competitiveness and liquidity. The company’s market developments and enhancements have contributed to the reclassification of the Kuwaiti capital market to “Emerging Market” status in the world’s top three indices, strengthening Kuwait’s position as a leading financial center in the region. A self-listed exchange, Boursa Kuwait is the first government entity in the country to successfully undergo privatization. For more information about Boursa Kuwait’s initiatives and its latest developments, please visit www.boursakuwait.com.