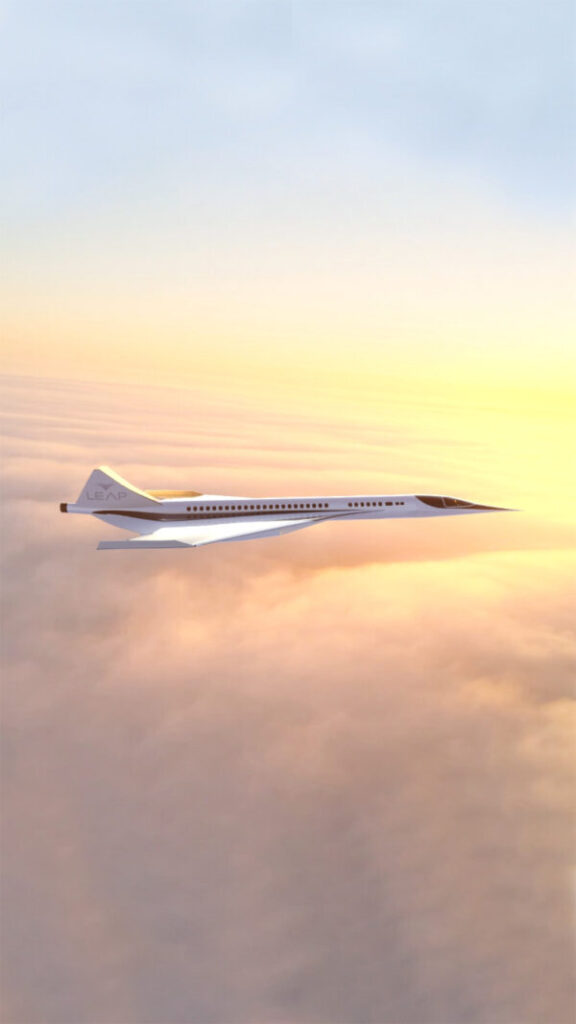 Leap Aerospace, the new company in the aviation industry, has been established in the US by its founder Priven Reddy. The new aviation startup promises to be the next generation of supersonic travel.

The team working on the design of Leap Aerospace is directed to launch an aviation solution that will be useful for air surveillance, air logistics, tourism, emergency air operations, and business travel. The Leap Aerospace R&D team will also simultaneously focus on establishing the first-ever bladeless technology for secondary traverse of its supersonic aircraft whilst inflight as well as perfecting its engine failure safe-landing technology.

Priven Reddy, the founder of Leap Aerospace, says, “Passenger safety is of utmost importance to us and the aircraft will feature the world’s first ever safe-landing mechanism, which in the event of a complete engine failure or malfunction, the aircraft will still safely land on ground or ocean, minimizing fatalities”.

Leap has revealed that it will be ready to pre-sell its aircraft to the cargo and transportation organization by early 2022. Additionally, Leap currently has no interest in selling the commodities to the private community. Leap is working with a vision to manufacture greater models including 70 or more passenger 2.0 aircraft series.

According to an official press release, Leap claims that it will function at a twice greater speed, much greater than the speed of sound, up to 100x quieter than a helicopter and transitions to forward flight gradually gaining speed with operational efficiency similar to an airplane. The passenger capacity of the aircraft can be modulated between 65-88 along with flight operation at an altitude of 60,000 ft. As the plane aims to operate on net-zero carbon emission so it can achieve a length of 205 ft at a speed of MACH 1.9.

Leap hypersonic aerospace is starting up on a self-funded basis. It will offer non-stop flights from New York to London in under just 3 hours, & from Johannesburg to Beijing in +/- 3.5 hours. Moreover, LEAP says the aircraft will be ready for a commercially sustainable supersonic flight having the potential to carry 86 passengers in late 2029.

The company has revealed that the aircraft design has completed processing and now the goal is to initiate the generation of an entire prototype and complete its certifications and accreditation by the aviation organizations of Europe and the USA. It is expected that the certification of Leap Aerospace will be completed in approximately 3 years after the establishment of the flying prototype. The next breakthrough of the aircraft organization would be likely to take the first commercial flight service in 2029.