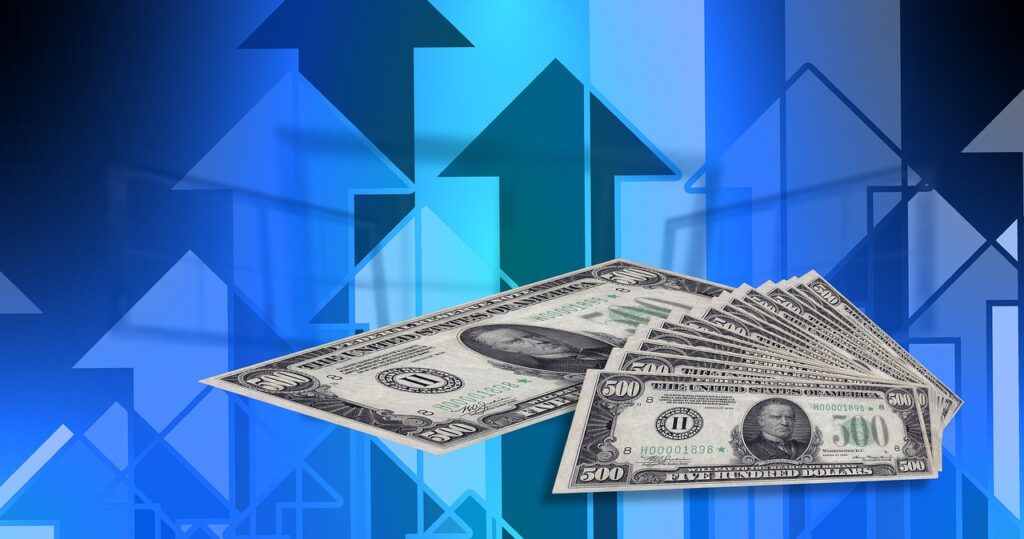 The U.S. economy is still on a sensible growth trajectory at the moment, but pressures will likely grow heading into the second half of the year. The market does appear to be mildly easing its expectations for the Fed Funds rate right now. In the near term, I believe that some of the latest moves in risk assets are getting overdone. I think we’re going to be entering a period where we see everything rally.

The short-term direction of equities will depend on what comes out of the Fed meeting going forward. The market hates uncertainty and with volatility already high, anything but an unclear message could cause trouble. Extended lockdowns in China could be a development that finally starts sending commodity prices lower.

The fixed income market continues to be perhaps the best indicator of the underlying unrest we’re seeing in the markets right now. Today, however, we’re seeing credit spreads expanding along with Treasury yields falling at the same time. The one thing I’ve watched a little closer than normal lately is the quarterly earnings reports this week for the FAANG names.

Investor sentiment has become so bearish that it’s bullish. One of the hardest things to do is go against the prevailing bias regarding investing. Such is known as contrarian investing.

Presently, everyone is bearish. As noted in “Stock Market Rollercoaster,” everything, everywhere, is bearish. CNBC is running “Markets in Turmoil” specials, and individuals get convinced the world is ending. Such is the point where investors make the most mistakes. Emotions make them want to sell. However, from a contrarian view, such is precisely the time you may want to be a buyer. But that is always a difficult thing to do.

As a matter of fact, everybody is bearish, not just in terms of investor sentiment but also in positioning. As noted by MarketEar, the Goldman “Sentiment Indicator” measures stock positioning across retail, institutional, and foreign investors versus the past 12 months. Readings below -1.0 or above +1.0 indicate extreme positions that are significant in predicting future returns.

More importantly, investor allocations particularly among professional investors, remain extremely light, suggesting a much higher level of caution. The following is the 4-week moving average of the National Association of Investment Managers bullish index. At a reading of 129.25, such is often coincident with short-term market bottoms.

The composite index which combines both retail and institutional investor sentiment is extremely negative and typically marks short- to intermediate-term market bottoms.

Of course, with investor sentiment negative, net flows into global equity and fixed-income funds also turned negative. Since the second week of January, global bond funds have experienced $125bn of net selling, and flows have been negative for 16 of the last 17 weeks.

However, there are two critical points to note:

During bull markets, negative sentiment was a clear buying opportunity.

Such raises the vital question: Are we still in a bull market, or are we in the early stages of a bear market?

While the negative sentiment is bearish currently enough to be bullish, the longer-term fundamental and technical dynamics suggest a continued correction is possible. As noted, the negative sentiment levels could support a rally over the next couple of months. Such would lure investors into the market just as the more bearish fundamental and technical backdrop unfolds.

More importantly, like in 2008, 2000, and 1929, valuations on stocks were incredibly high. While the bullish mantra over the last decade was low rates justify high valuations, rates are rising, which puts valuations at risk. The Fed historically hikes rates until something breaks, which drastically lowers valuations (i.e., prices fall sharply.)

Furthermore, the market remains exceptionally overbought in terms of both standard deviations from long-term means and relative strength (RSI) from a long-term technical perspective.

These fundamental and technical measures can take long periods before they matter. Positioning for adverse outcomes today can both appear wrong in the short-term and cost capital appreciation opportunities.

However, these measures will likely prove beneficial in limiting capital losses in the longer term. The trick will be recognizing when they start to matter.

But when they do matter, they tend to matter a lot.

The takeaway from this commentary is not to let media headlines, financial narratives, or concerns over long-term issues like valuations, economics, or geopolitical events impact the decision-making process in your portfolio strategy.

Our job as investors is to capitalize on available opportunities but avoid the long-term risks.

There are plenty of reasons to be very concerned about the market over the next few months. However, markets can often defy logic in the short term despite the apparent weight of evidence to the contrary.

The next few weeks, and even the next couple of months, will likely be frustrating. Markets are likely to remain range-bound with little progress made for either the bulls or the bears. We are maintaining our exposures to higher-than-normal levels of cash and underweight both equities and bonds.

There is little value in trying to predict market outcomes. The best we can do is recognize the environment for what it is, understand the associated risks, and navigate cautiously.

Leave being bullish or bearish to the media and focus to build on an equitable portfolio with a well-laid out financial strategy. Close at home, both the DFM General Index and Nasdaq Dubai showed a 10.4% and 7.5% YTD print with the Tadawul at 18.6% YTD. These are a far cry from what is currently happening YTD in global markets, with the Gulf region opening up their economies buoyed by the oil price bounce and resurgence of foreign spending in the tourism sector.

Geoffrey Muns is an Independent Financial Advisor and Planner certified from the UK, US and UAE based out of Dubai for the past 25 years. He also works in the PE/VC space and is a seasoned investment banker having worked with international banks and investment firms in the region. You may contact him at 1mgicapital@gmail.com

10 Ideas To Make Your Pitch Deck a Success