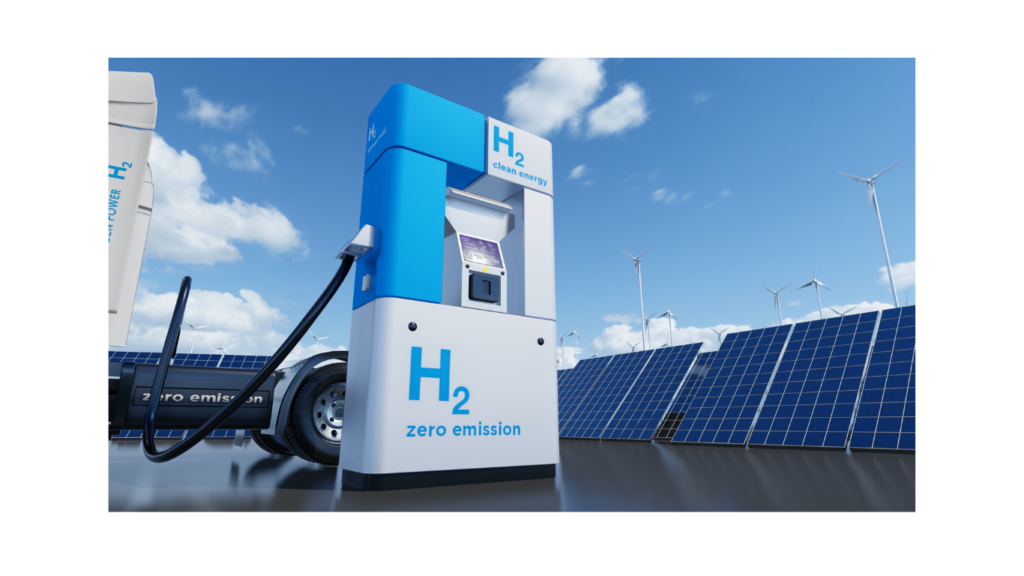 Stringent emissions norms and prioritizing environmental protection are becoming major driving forces behind technological solutions to develop emissions protocols. However, the pace of emissions reduction is not enough to meet the goals set by the Paris Agreement: net-zero carbon dioxide emissions between 2044 and 2052. To meet these ambitious targets, a significant amount of renewable energy infrastructure must be installed and integrated into the existing power grid. Additionally, carbon-intensive sectors such as steel, chemicals, transportation and manufacturing must undergo deep decarbonization.

Hydrogen and fuel-cell technologies can contribute to the above-mentioned renewable energy mix and industrial decarbonization requirements. Hydrogen is gaining interest as a necessary part of the future clean energy ecosystem due to its high energy content (almost three times more energy content than natural gas per kg), easy production, storage and negligible emissions on utilization. Further, hydrogen has a wide range of other significant features: it is a clean and safe energy carrier, it can be used as feedstock for power and industry, and it can be used for generating heat and electricity.

Out of the total annual global hydrogen production, over 20% is produced from coal and 75% from natural gas, which is called grey hydrogen. Although hydrogen consumption is carbon-free, grey hydrogen production is a carbon-intensive process. Hence, industry participants are investing in blue hydrogen, i.e., producing hydrogen from steam methane reforming (SMR) in conjunction with carbon capture and storage (CCS). Currently, blue Hydrogen is the intermediary solution to carbon mitigation and has the potential to reduce emissions by up to 90%.

As the cost of renewable electricity has consistently decreased over the past few years, primarily wind and solar, the idea of producing hydrogen via electrolysis has gained ground in the industry. The process of producing hydrogen via electrolysis utilizing renewable electricity—green hydrogen production—is gaining attention from policymakers and relevant stakeholders.

Technologies such as SOEC, PEM, and alkaline electrolysis drive the growth of green hydrogen production

As per the IEA net-zero roadmap, electrolyzer capacity is required to reach 3,000 GW by 2045 compared to 0.3 GW in 2020 to remain on track with emissions reduction targets as set by the Paris Agreement. In the current water electrolysis infrastructure, alkaline electrolyzers are the most mature and widely deployed technology because they do not require precious metals and consequently have a lower capital cost. Proton exchange membrane (PEM) electrolyzers are another important technology segment. They have unique advantages such as a small size, compressed hydrogen production, and the ability to provide grid services. However, expensive materials such as iridium and platinum in catalysts drive up the PEM electrolyzer’s cost.

The cost of producing green hydrogen ranges between $4-$6/kg. However, to reach price parity with the traditionally used hydrocarbon-based energy sources, green hydrogen production costs need to be below $1/kg. To reduce costs, there are two paths: technological advancements of electrolyzer technologies for cost-effectiveness and operational efficiency; and less expensive sources of water procurement such as seawater, which is significantly more available than freshwater. The saline content of seawater, however, presents a challenge. Researchers at Stanford University have proven that by coating anode with layers rich in negative charges, it is possible to electrolyze seawater without the risk of chlorine corroding the anodes. Electrolyzing seawater is possible; however, pilot-phase testing is ongoing, and commercialization is expected within three to five years.

Fuel cells provide an efficient pathway for converting chemical energy directly into electrical energy. Proton-exchange membrane fuel cell (PEMFC) and solid oxide fuel cell (SOFC) technologies have the potential to revolutionize the energy sector by providing a cost-effective and sustainable method of energy generation. In addition to utilizing pure hydrogen, fuel cell technologies can also cost-effectively use hydrocarbon-based fuels (methanol or LCVGs with methane content less than 20%) for energy production, with water, carbon dioxide, and carbon monoxide end products. Fuel cells will be one of the key components of the hydrogen economy. Fuel cells are expected to gain significant market share in stationary energy storage as well as transportation, especially in the heavy-duty segment. This could also lead to possible changes in internal combustion engines in vehicles, generate substitutes for fossil fuels in industrial heating, and enable a clean energy generation mechanism for utilities. High-performance fuel-cell developers must balance performance, cost, efficiency, heat rejection, lifespan, resilience, recyclability, cost-effective manufacturability, adherence to codes and standards, and freeze start capabilities. One of the most cost-determining parts of fuel cells is the catalyst. It is important to develop technologies such as PEMFC, SOFC, and an alkaline anion exchange membrane fuel cell (AEMFC) with a platinum group metal (PGM)-free catalyst with higher performance and durability. Low-PGM or PGM-free catalysts will drastically reduce fuel-cell costs and make them much more cost-competitive with advanced battery technologies and fossil fuel-driven systems.

Hydrogen has a wide variety of present and potential end uses. In addition to the above-mentioned applications of power, heat, electricity, and industry utilization, another prominent application is electric mobility. Fuel cell-based electric vehicles are increasingly being adopted across the globe, effectively competing with battery electric vehicles. As of 2021, there were over 34,000 FCEVs on the road, while there were over 12 million BEVs.

The key challenge hindering the wide-scale adoption of FCEVs is the cost of onboard hydrogen storage and fuel cells. Fuel-cell pricing at $50/kW can make FCEVs competitive with battery electric vehicles for a 400 km-range car. However, a typical fuel cell costs about $240/kW. Hence, stakeholders are working toward technology advancements and scaled-up production to reduce costs. FCEVs are also receiving regulatory support through subsidies and incentives for refueling infrastructure.

The industrial sector is the largest consumer of hydrogen, with oil refining, ammonia production, methanol production and steel production accounting for most of the hydrogen demand. The true impact of the decarbonization potential of hydrogen will be seen in these industries. Today, a majority of the hydrogen consumed by the industrial sector is gray hydrogen, presenting opportunities for decarbonization by using blue/green hydrogen.

Other hydrogen applications include power generation and domestic heating, although its use in these domains is low and has constraints. Polymer electrolyte membrane fuel cells (PEMFC), phosphoric acid fuel cells (PAFC), solid oxide fuel cells (SOFC), and molten carbonate fuel cells (MCFC) are currently available technologies that can be deployed for stationary power applications. PEMFC, with a low operating temperature and fast start-up, are especially suitable for domestic scale microgeneration. PAFC produces electricity and heat of nearly 1800C, which can be utilized for domestic space and water heating applications. High-temperature fuel cells, i.e., SOFC and MCFC, are suitable for grid-scale power supply and can operate on other hydrocarbon feedstocks.

According to the IEA, if climate goals are to be achieved by 2050, low-carbon hydrogen production must reach 520 million tons, from less than a million tons in 2020. There are positive signs in this regard, as several countries have announced funding and policies dedicated to promoting the hydrogen economy. Industries and economies across the world are consistently promoting and incentivizing research and development efforts along the hydrogen technology value chain for improvements in cost and performance. Hydrogen as a clean-burning fuel has the potential to be a key enabler of global low-carbon transition because it offers sustainable and flexible alternatives to carbon-intensive fuels.

‘Belize is significant in the world of offshore banking and investment’: Luigi Wewege of Caye International Bank