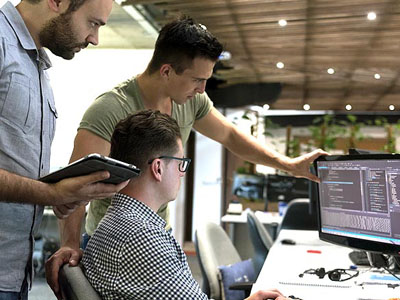 TBILISI – May 8, 2018 – With economic growth in Europe and Central Asia having peaked, following 2.7% growth in 2017 and a projection of 2.3% for 2018, countries in the region should take advantage of new digital technologies to innovate and improve their services, says a new World Bank report, Cryptocurrencies and Blockchain: Europe and Central Asia Economic Update.

Policymakers in the region will need to strike a balance between unleashing the full potential and curbing the hype around new technologies. At the same time, policies also need to support citizens in adjusting to increased flexibility in labor and product markets.

Among the new wave of technologies to emerge are blockchains – digital technologies that enable person-to-person transactions and information flows without the need for a trusted intermediary. The first applications of blockchain technology were cryptocurrencies, which create digital money without central banks and facilitate payments without financial institutions.

“Many countries in Europe and Central Asia have proven to be fertile ground for the development of cryptocurrencies and blockchain technologies,” said Hans Timmer, World Bank Chief Economist for Europe and Central Asia, at the report launch in Tbilisi. “In Georgia, for example, mining of cryptocurrencies is surprisingly widespread, driven largely by tax exemptions and low electricity prices. Going forward, it will be important for the government to ensure financial oversight and protection of consumers.”

A multi-billion-dollar industry today, cryptocurrencies continue to evoke widely divergent views, says the report. The extreme volatility of cryptocurrency values raises doubt about their viability as an alternative to legal tender, while the increasingly high electricity costs associated with mining cryptocurrencies are cause for concern.

The underlying blockchain technology, however, is being adopted more broadly, with several governments in the region already experimenting with blockchains to digitize and streamline public services, in order to make them more secure, transparent, and efficient.

In Ukraine, Estonia and Georgia, for example, governments are looking to set-up land and real-estate registries using blockchain technology. Azerbaijan is experimenting with digital IDs for banking, while Lithuania has opened a blockchain center to incubate start-ups. Switzerland aims to become a blockchain hub and is leading in adjusting regulations to these technologies.

“Blockchain technologies are putting competitive pressure on private financial sectors, while also triggering creative ideas and approaches within governments,” added Mr. Timmer. “At the same time, they have introduced a range of policy challenges for countries.”

Some of the key challenges include ensuring financial oversight and combatting money laundering, tax evasion and illicit transactions. In addition, governments need to address the massive use of electricity involved in the mining of cryptocurrencies, while determining how much they should support start-up companies that specialize in blockchain technologies.

The report finds that economic growth has been strong in Europe and Central Asia, the fastest growth in a decade, and was especially strong in Central Europe and Turkey. However, reduced unemployment and rising inflation indicate that growth in the region will likely decelerate going forward.

During the economic upswing, many countries in the region increased their exports and reduced fiscal deficits, providing a cushion if cyclical headwinds materialize. Going forward, however, the region will face additional challenges navigating the global tightening of financial conditions, and the rising tendencies toward protectionism.

Why British corporations are wheelwork up to woo the Gulf

UNDER THE PATRONAGE OF HIS ROYAL HIGHNESS THE CROWN PRINCE GLOBAL...

Abu-Dhabi being saved from external shocks with Asset Buffers and stringent...