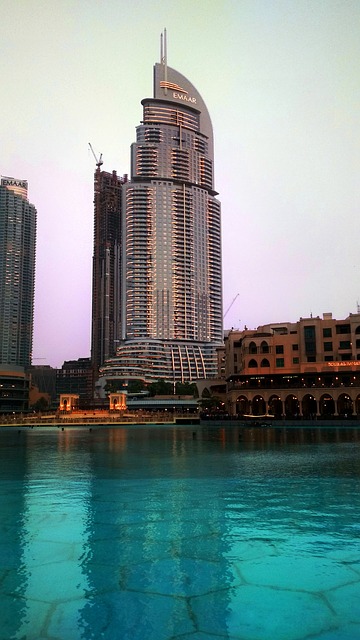 Dubai based Real Estate giants Emaar group has revealed through an announcement to leverage blockchain technology offering its community tokens for their customers as well as partners within the end of 2019.

With Dubai’s digitalization policy, Emaar’s focusing on Innovating and diversification of its resources.

This digital community token will be issued soon by Emaar properties to allow both customers, stakeholders to reap full referral and loyalty system across the entire group. This move will also open the groups’ fruitful experience to potentially billions of its Internet-based users.

What will be the uniqueness of the digital cryptocurrency token issued by Emaar? Well the USP of this digital token is: –

•  It would be first in its class referral and Loyalty based digitalized token issued globally and users will be able to access an existing operational ecosystem of close to $10 billion, and later it would be extended as an Initial Coin Offering (ICO) for distribution in Europe within 12 months of initial operational success platform.

•  The biggest USP of this first of its kind digitalized blockchain token is that it would be transferable across entire Emaar’s global ecosystems ranging from real estate to malls, hospitality to entertainment, facilities management to online shopping.

According to Mohamed Alabbar, chairman of Emaar Properties, “They (Emaar Group) are continuously driven to diversify, innovate and with their ever expansion plans so that it paves the way for strengthening the growth and extend Emaar’s everlasting experience amongst its customers, investors, etc.”

He also adds that although Emaar has already embraced the digital world, they now are looking forward to pushing themselves to build the most advanced and innovative physical structures that pack a punch and benefits as well attains utmost satisfaction for their ever-growing global customer and stakeholders base.

At last, he also stated that “Issuance of first of its kind transferrable digital token packs enough punch as it also signifies their leapfrogging into Digital transformational space.

According to the words quoted as from Lykke’s founder and CEO Richard Olsen, “They have ever strived hard with this project and developed the most cutting-edge technology, they believe would combine infrastructure with mass-market usability supporting their core belief that all mobile and internet users should be able to participate in economic activity, regardless of the size of contribution.”

They are also thrilled to present their leverage in the form of their expertise to support Emaar’s mission to bring value and utility for their presence of one million users worldwide.

Emaar properties revenues show a massive turnaround of 37 percentage to be at $7 billion as well its brand value also surged ahead by 39 percent to be at $2.7 billion, thus pushing them to top of best tier brands worldwide.

Within this year in 2021, KPMG’s survey stated that 98% of Saudi CEOs set to invest in cloud technology

For A Sustainable Development in Abu-Dhabi in the upcoming years, a joint public-private body...

The top Seven technology trends to be witnessed during 2020

THE EMERGENCE OF UAE’S NEXT GENERATION INNOVATIVE START-UPS

Electric Sky Pod Network unveiled by Dubai as it plans to...