RegTech refers to as the latest and the amalgamated version of both Regulations with the technology. This has been done in order to address various regulatory existing challenges that has existed for quite some time with varied degree of success. The surging level of regulation as well as greater focussed point as on the pool of data has bought RegTech offering a greater success. It also provides greater value for the firms investing in such solutions.

It’s still astonishing that 2.5 billion people round the world are underbanked. For reasons as ordinary, due to the lack of a credit history, or being a replacement migrant without the proper papers, a one-third of the global population is excluded from our financial system. That not only leaves them without financial security, but without access to the work market or the power to rent a home.

Recently, that tide has begun to turn. And with the increase of RegTech, it’s close to have a great revolution further still.

Since the financial crash of 2008, financial services have faced a huge boulder of regulation. The fact that there was a huge compliance burden on banks that has shot up hugely, all the compliance teams have ballooned – to 30,000 staff within the case of Citi Bank.

While incumbents were struggling, innovation found its way in. FinTech – a tech-enabled financial services – has exploded over the previous couple of years and now it’s threatening to shut the gap on traditional banking. Focussed on consumers needs first and sometimes catering to new markets, the FinTech boom has already gone an extended thanks to opening up access to new users.

From female-focussed investment apps like Joy, to champion of the underbanked Pockit, FinTechs are making financial services available to more people than ever before. But despite the latest approach, an equivalent traditional problem still persists.

Offering services like spending, sending and lending money in unchartered territories may be a hugely risky business, and therefore the strong chance of exploitation means close and evolving regulation of the space may be a necessity. If banks – the sensible, risk-averse adults of the ecosystem – are frustrated by such restrictions, the matter is even worse for FinTech’s rebellious, experimental teens.

Like many of the banking consumers, the key to greater harmony is communication. The UK’s Financial Conduct Authority (FCA) has launched an industry sandbox for exactly that purpose, offering a forum for continuous feedback between FinTechs, incumbents, regulators – and RegTech.

RegTech, or regulation technology, translates complex regulation into API code. It streamlines burdensome compliance processes to stay both risk and human resources low. And there’s an urgent need for it: startup FinTech providers simply don’t have the means to rent a military of compliance officers.

Innovations including machine learning, biometrics and distributed ledgers help ensure compliance with fewer resources, and therefore the benefits are significant. rather than only onboarding 70% of ‘good customers’, FinTechs can onboard 95%, and may roll in the hay automatically – putting their limited human resources to raised use on the five hundred that need human judgement.

In so doing, RegTech helps to eliminate the historical access vs security standoff, solving a pain point for financial services and therefore the 2.5 billion underbanked worldwide.

FinTech can help the unbanked gain access to micro-financing and remittance, and is booming within the 90% of emerging markets that only use cash. But 3.5% of the world’s GDP – adequate to around $1tn – is laundered money used for human trafficking, drug dealing and worse. FinTech’s greatest strength is its ability to boldly forced an entry to latest markets.

With RegTech to manage the burden of compliance measures, risk is removed for FinTechs, leaving them liberal to continue offering access to those currently excluded from our economic system. RegTech isn’t just innovative – it’s revolutionary.

In spite of this, some still aren’t able to rethink regulation. Regulators tend to fall under two camps. within the first camp are those with the target of preventing malpractice, often by stopping all innovation. within the second are those with the target of helping consumers gain access to new services while preventing malpractice. Fortunately, the UK’s FCA falls into the second.

The FCA’s message to regulated companies has not been to prescribe solutions, but to support experimentation. If new technologies can prove they meet compliance requirements faster and better than existing ones, they’re welcomed. Small FinTech and RegTechs are invited to hitch the conversation alongside the most important incumbents, and have turned regulation, often seen as a drawback by foreign investors, into a strategic asset for the United Kingdom. Since the United Kingdom remains a worldwide leader in both FinTech and RegTech, it’s an approach that seems to be working.

In contrast, Germany has thus far resisted innovation that would help bank the unbanked. Recent legislation sticks with the established order, encouraging offline compliance methods instead of allowing digital onboarding to financial services. Not only is that this costly for FinTechs, it’s difficult for patrons and excludes those with limited credit history.

Nonetheless, the RegTech revolution is already making its presence felt. Pockit Bank can provide anybody of the 4 million unbanked within the UK with an open-end credit because of RegTech that keeps risks low. TransferWise and World Remit are bringing the value of remittance down from its average 16% transfer fee.

FinTechs like these are growing because incumbent financial services weren’t meeting the requirements of a growing, unserved customer base. Now, those incumbents are beginning to imitate. Slowly, even the most important banks are beginning to innovate and extend their offering to more users. It’s altogether our interests; a tenth increase to financial inclusion could additionally give 3.6% to GDP.

Even greater improvements are entirely within our reach. By rethinking regulation, financial services from across the spectrum can scale, and scale securely. The RegTech revolution is coming – and it’s bringing the two billion unbanked with it. 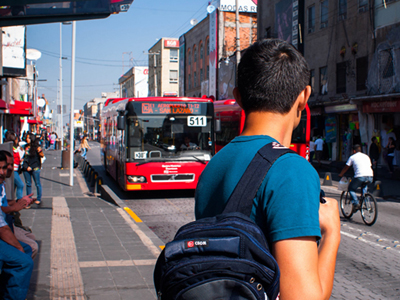 Minister of Environment, Water and Agriculture announces formation of National Grain Company, a partnership between SALIC and Bahri

3 pivotal steps for Financial Services Arena in boosting the Employee Engagement during the...

Proper AI utilization for the Customer Service a huge reality within...

The world of SME Banking Market securely unlocked with the support...