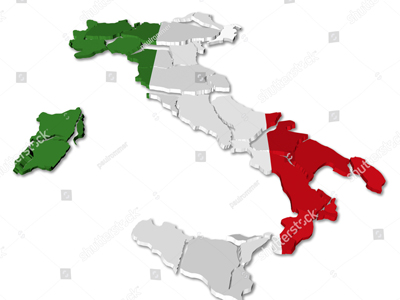 While Italy has been through one of the gravest institutional crises in its history, we review recent opinions on the topic.

Ferdinando Giugliano notices how the Italian president has been cast as an enemy of democracy after his refusal to accept a eurosckeptic finance minister, while the anti-establishment League and M5SFive Star parties –— who chose to blow up their attempt to form a government instead of proposing an alternative name –— have been hailed as defenders of the popular will. The longer the wrangling goes on, the clearer it becomes that the populists are playing politics. The populists are meant to be a break from the established way of doing politics, but their manoeuvrers show they are anything but. And they are taking a real toll on the country.

Ashoka Mody writes on Bloomberg that President Mattarella has undermined the euro. In rejecting the choice of a popularly elected coalition, he may well have set in motion a financial crisis from which it will be hard to pull back, and which could imperil the entire European project. No doubt, Savona was an abrasive choice: Hhis proposed “Plan B” in case of euro exit was unworkable and alarmist, and therefore could have done Italy great damage. But Mody thinks that amid its over-the-top rhetoric, the M5SFive Star-League coalition makes some sensible proposals and, instead of giving the euroskceptics an opportunity to deal with the complexities of governing, Mattarella is attempting to establish yet another technocratic government. In trying to preserve European orthodoxy, this may unleash destructive forces that can’t be controlled.

Jakob Funk Kirkegaard also thinks that Mattarella has put Italy on a path of political confrontation domestically and, most likely, with financial markets and the rest of Europe too. Europe has been down this path before – —in Greece in the summer of 2015. But just as Prime Minister Alexis Tsipras denied he was against the euro in the July 5, 2015 referendum on whether Greece should accept the Troika bailout conditions or not, so too now the leaders of Italy’s two main parties, Matteo Salvini of the League and Luigi Di Maio of M5SMS5, will say that they also don’t oppose Italian membership of the euro. Instead, they will likely frame another Italian election campaign as being about “standing up to Germany/Brussels” in support of Italian sovereignty and Italian ability to run its own fiscal and economic affairs.

Another win for the two parties would be dangerous, and it would be justly interpreted in the rest of the euro area as a signal that “Italians want to leave” the common currency – —just as in Greece after the July 2015 referendum. The best idea for Germany, Italy, and Europe would be if, in June, the EU’s leaders shifted gears and scaled up common European border control and refugee acceptance, devoting more resources to this issue of great concern in Italy and the rest of the continent.

Jean Pisani-Ferry thinks that Mattarella drew a line separating constitutional choices from political choices. His logic was that political choices can be made freely by a government that commands a parliamentary majority, and that the president has no right to question such choices. Constitutional choices, by contrast, require a different type of decision-making procedure – one that ensures that voters are adequately informed about the potential consequences of their decision. This raises two questions. First, what exactly are really constitutional matters? In Europe, membership in the EU is part of many countries’ fundamental law. Second, what type of procedures should apply to truly constitutional choices? Most countries do not have an article in their own constitution that defines how to decide whether to terminate EU or euro membership. As long as membership in the EU and the euro commanded wide consensus, these distinctions were a matter of interest only for legal experts. This is no longer the case, and the debate about them is unlikely to end soon. It is therefore time to make the distinction between genuinely constitutional and non-constitutional European commitments an explicit part of the political order of our countries.

Daniel Gros wonders who has lost Italy. The majority of the population today has a negative opinion of the EU, representing a complete reversal since the start of the euro, when the country viewed the new currency as a welcome corrective to its own economic problems of high inflation (and high interest rates). Populist politicians charge that the rules of the Growth and Stability Pact do not allow them to stimulate demand and employment. But this does not add up to a convincing argument that euro area membership was somehow responsible for Italy’s economic underperformance: Spain, Portugal and Ireland, which also had to reduce their deficits in trying times, are recovering much more strongly than Italy.

Gros argues that root causes of the current crisis are thus domestic; they have little to do with fiscal rules or a lack of risk sharing. Italy’s slow growth since the turn of the century cannot be explained through underperformance in investment, education and indicators of market liberalisation; the only one area in which Italy’s relative performance has deteriorated since 1999-2000, is the quality of the country’s governance. The euro has become a scapegoat:but this scapegoating constitutes an obstacle to deep reforms.

Adam Tooze argues that, by appointing former IMF technocrat Carlo Cottarelli as potential PM, the Italian President has chosen a strategy of tension. Tooze thinks that given his vast experience, one must credit Mattarella with a political logic deeper than simply “doing the bidding of the financial markets”. Insofar as blocking the formation of a government with Savona as Finance Minister and forcing the euro issue has a political logic, it seems to consist in the idea that though the League may be committed to leaving the euro, it will be afraid to run a national campaign on that issue. It is, to say the least, a huge risk to take. It forces the question into the open and asks the Italian people and their political class to decide. It is a strategy of tension designed to break the emerging alliance between 5Star and the League before it can permanently reconfigure Italian politics.

Guntram Wolff and Francesco Papadia discuss the programme of the government coalition and the implications for Italy and Europe on Bruegel’s ‘Director’s Cut’ Ppodcast. They discuss the measures in the government contract and their compatibility with Italian and European fiscal rules, as well as the eventuality that a financial crisis could unfold andas well as the repercussions that this would have on Europe. They argue that the programme would be hard to finance. They also point to the fact that if Italy was to lose its rating quality, Italian debt collateral quality would suffer in ECB operations –- with negative consequences for the Italian financial system.

Alessio Terzi thinks that the economic agenda of Italian populists is likely to exacerbate rather than alleviate Italy’s longstanding problems. But the piecemeal, small-step approach followed by European and national ruling elites, while perhaps tolerable for countries under normal economic conditions, is insufficient for an Italy stuck in a low-growth-high-debt equilibrium. If defenders of the European project want to regain popularity, they will need to present a clear functioning alternative to setting the house on fire.

Erik Jones writes that the good news is, that’s no reason to believe Italians would knowingly vote to leave the common currency area. The bad news is, that might not matter, because Italy’s real referendum will be held by the markets. For years, Italy’s ruling class has portrayed painful reforms not as necessary improvements to the economy, but as as impositions from Brussels, done at the behest of distant bureaucrats. That’s where the danger lies. Bond markets aren’t interested in polls of public opinion about the eurozone. If Italian voters seem ready to elect a government that refuses to abide by European commitments, that will create real problems no matter what the political motivation. If market pressure grows, it will be up to the rest of Europe to decide whether to intervene to keep the country from defaulting. If what happened in Greece is any indication, a populist government will hold out for as long as it can, and only submit to European tutelage when the cost of not doing so has become unbearable. And by then it could be too late. That’s the scenario investors will be thinking about, amid all the political noise.

Harold James writes on Project Syndicate that the M5S-Lega coalition is playing the madman strategy. The first, and most basic, component of the madman strategy is an ability to introduce a level of uncertainty that is damaging to other countries. Second, its government must be able to convince everyone else that it is being driven toward “insane” acts by voters. In the case of Italy, populists capitalized on voters’ disenchantment with a center-left party whose pro-European stance had failed to deliver results. Third, there must be a visible division between “hawks” and “doves” within the madman government. In the case of the M5S/League coalition, a hawk was needed as a counterweight to Italy’s pro-EU president, Sergio Mattarella. That is why the populists’ choice for Minister of Economy and Finance was Paolo Savona. When Mattarella rejected the nomination, the M5S/League quit the talks, precipitating the current crisis. Finally, to succeed, a madman government needs to have a plausible war plan for causing a general disruption. For example, the M5S/League coalition suggested that it might issue a parallel currency, which lent further credibility to its threat of pursuing fiscal expansion in defiance of EU rules. Exposing the dangers of the madman strategy will not be enough to defeat it. Voters also must be convinced that better alternatives are available, and that European integration can still safeguard their interests. In the months before Italy’s next election and the EU parliamentary elections in May 2019, EU leaders will have some – but not much – time to show that European integration is about more than political paralysis and economic stagnation.

Olivier Blanchard, Silvia Merler and Jeromin Zettelmeyer the makeup of the incoming coalition, and its contract for governing, make it difficult to imagine a course of policy that would not put it on collision course with financial markets and the European Union. The magnitude of the increase in the deficit implied by the combined measures will likely violate all EU and domestic fiscal rules and put debt on an unsustainable trajectory. Any trajectory that avoids a collision would seem to require a climb-down by the League, M5S, or both, and this is not likely to happen voluntarily. As a result, a scenario in which the government corrects course before the situation escalates appears unlikely. A scenario in which Italy loses market access followed by an unsuccessful negotiation attempt with European authorities and Italexit, certainly looks possible. But it remains unlikely, because the government may eventually blink or because it may face political or constitutional constraints.

How does your company measure success?

The Kingdom of Saudi Arabia’s latest reforms have set up pace...

PREPARING FOR THE NATO SUMMIT: WHY MILITARY MOBILITY SHOULD BE ON...

Etisalat in tandem with Ericsson to pursuit the development of Commercially...

In the first quarter of 2020 MENA Mergers and Acquisition transactions...